By John Eyles
April 21, 2021
Sign in to view read count
In 2020, Canadian-born trumpeter, composer and bandleader Lina Allemano, who splits her time between Toronto and Berlin, simultaneously released two contrasting albums on her own Lumo label, one by her Berlin-based trio OHRENSCHMOUS, the other an entirely solo album, her first. The contrast between the two highlighted the scope of Allemano's versatility and talent. The albums deservedly received universal praise... so much that in 2021 she did the same again but with a slight twist...

Rather than another OHRENSCHMAUS or solo album, this time out Allemano simultaneously issued a new recording by her long-standing band Lina Allemano Four—the group's sixth album with its current line-up, the first dating back to 2005—and the first release from Bloop, her duo with sound processor Mike Smith. Once again, there are considerable contrasts between the two new releases, and also between them and the previous ones... 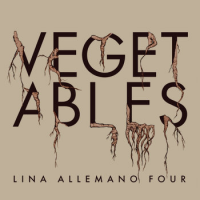 The first Lina Allemano Four, which recorded in 2003, included guitar alongside trumpet, bass and drums; the longer-lived current version replaced guitar with alto sax thus giving a classic jazz line-up as favoured by Bird & Diz, Ornette & Don or the Ayler brothers... Yes, this quartet is unmistakably a jazz group, and Allemano's compositions for it leave no doubt about that. (For confirmation, check out the YouTube clip below of the group in the studio.)

One of the group's particular strengths is that its personnel have remained unchanged since its debut in 2005, and their mutual understanding is all too obvious. Given that, Allemano sensibly does not clutter her compositions for the group but, after an initial theme, subtly moves into an area where the boundary between composition and improvisation is blurred, one in which the quartet sounds comfortable and at ease. Led by Allemano but not dominated by her, there is ample room for all the players to express themselves. Crucially, bassist Andrew Downing and drummer Nick Fraser—the latter a leader in his own right—play just enough to give the music a pulse without over-structuring it, thus giving it a loose relaxed feel.

Already a well-established and respected group, there seems to be no reason why this foursome should not continue to produce first rate albums such as this for years to come. 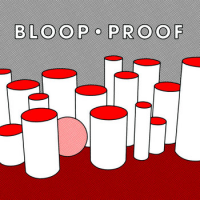 Vastly different to the album above, but in its own way just as compelling, Proof comprises eight tracks varying in duration from nearly four-and-a-half minutes to almost ten. All of them feature Allemano's trumpet plus occasional percussion and whistling being processed live, with effects, by Mike Smith, the other half of the duo Bloop. Although it is tempting to think that the duo's music might have been edited and augmented with overdubs and so forth, Bloop are adamant in stressing that this music was performed and recorded completely live in real-time. (This is confirmed by YouTube footage of the duo in live action.)

For much of the time, two trumpets are audible, playing together, one in real time, the other having been recorded, then processed and replayed by Smith. Of course, Allemano could never know exactly what Smith would do with his recordings of her, so her reactions to the treated recordings of herself sound as if she were improvising in a duo with another player, herself. In turn, her reactions are again treated and recycled by Smith, to elicit further reactions...

For listeners, the pieces frequently reach the point where the boundary between real-time playing and treated recordings becomes blurred. Ultimately, the methodology is of secondary importance. Most important are the results. Across the album, the tracks vary considerably in soundscape and mood but all of them are absorbing, and handsomely repay repeated listening. For instance, the shortest track, "Oracle of Chanterelle," is a beautifully melodic duet of which any composer would rightly be proud. In contrast, the longest track "The Summoning," which closes the album, is more free form, with Allemano extracting a broad spectrum of staccato sounds from her horn. As this duo's first release, Proof is very impressive and augers well for future recordings.