BY MATT HOOKE
November 7, 2018
Sign in to view read count 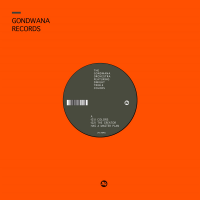 Saxophonist and composer Pharoah Sanders is often imitated but, never matched. His spiritual free-floating style, marked by his distinctive tenor saxophone tone makes him instantly recognizable. On Colors, the Gondwana Orchestra does not attempt to mimic the master, as the album does not include a single saxophonist. Instead of saxophone, the focus is on pianist Taz Modi and vocalist Dwight Trible. The lack of saxophone gives the band more room to make Sanders music their own, making Colors a true tribute album, instead of an imitation album.

Bandleader and trumpet player Matthew Halsall plays with the arrangements and makes these classic songs in a way that would have been impossible with a great saxophonist impersonating Sanders. The songs have great dynamic contrast, often starting with Modi on a piano introduction, before the band kicks everything into high gear. The group's ability to get in the pocket is second to none and creates a steady groove for soloists. Trible, who performed with Sanders, plays the role of late singer Leon Thomas, who most notably collaborated with Sanders on the classic "The Creator Has A Master Plan." His deep voice, emotional vocals, and inventive scatting add great energy to the music. Trible's impact is most felt when he solos with Halsell on "You've Got to Have Freedom." as the contrasting tone and phrasing of the two musicians pop out and contrast beautifully. Colors is a fine tribute to one of the more unique voices in jazz, and the chemistry between the orchestra and Trible begs for more collaborations between the two artists.

About The Gondwana Orchestra