BY NENAD GEORGIEVSKI
April 4, 2014
Sign in to view read count 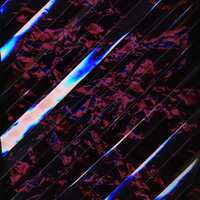 Characterized by gloom and intricacy, the music on Cloud to Ground by Minibus Pimps is like a set of sonic hallucinogens that permeate deep in the mind. Minibus Pimps is a brainchild of Supersilent's Helge Sten and Led Zeppelin's John Paul Jones, and the result is a creation that is deeply abstract, complex, austere and is virtually unclassifiable.

Ever since the demise of Led Zeppelin, judging by JPJ's releases, collaborations, production or arranger duties, it is evident that he is not walking the well-trodden path. Compared to those of his colleagues he took on a publicly quieter career but nevertheless he immersed himself in projects that were challenging and diverse. For him, the world of rock and roll has never been the beginning or the end of his musical spectrum. At this stage of his career he could be seen taking on projects as diverse as Them Crooked Vultures or Seasick Steve to all-improv sessions with artists such as Norwegian drummer Erland Dahlen or the improvisatory collective Supersilent, to name but a few.

This project is a continuation of JPJ's and Sten's collaboration that began when JPJ joined Supersilent. This collective met at the renowned Punkt festival in Norway and has toured together occasionally, but prior to this recording it has never released any official recording. Likewise this duo premiered its music at the Punkt festival in 2011. Also, this release was compiled from performances recorded in England, Norway and Denmark. Both artists use the Symbolic Sound's Kyma sound design and synthesis system that was used for reprocessing and textures generating.

Cloud to Ground isn't a world away from the improvisatory nature of Supersilent or the dark washes of Deathprod. Given the electronic nature and the rich sound tapestries it could easily be lumped into the dark ambient category. But there is more to this music. Sound to Ground is often abrasive and fidgety. The atmospheres are deep, slow and inhuman, but on the other hand, the flow is smooth and fluid. The first track, "Black Aurora 1-4" is like a suite, full of experimental sounds, strange textures and moving undercurrents. This suite is composed of continuously rising and falling lines, layered and diffused into allover textures that feel like an outpouring of cluster of textures and sounds. The remaining tracks are deeply resonant where the music whirs and hums away, evolves or floats away into metallic, chiming reveries. There are all kinds of slithering electronic sounds and shapes coming randomly from all sides at once or gradually.

Ambient music is always thought of quiet and mostly lazy electronic music but evidently there is so much more to it. For all its edgy textures and moods, what impresses most about Minibus Pimps is the shear originality of the sounds this duo creates. It gives the impression of what Dante's Inferno might sound like.