By Ian Patterson
December 12, 2013
Sign in to view read count 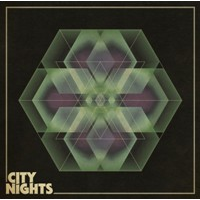 Formed in the spring of 2012, the Swedish quartet City Nights may be relatively young but its four members are all well established in jazz and pop circles in Stockholm. The jazz element in the band is provided by electric guitarist Andreas Hourdakis—of drummer Magnus Ostrom's band—and trumpeter/keyboard player Nils Janson, whose measured melodic lines contrast with Hourdakis freer, jazz-rock approach. Electric bassist Martin's Höper churning bass owes more to the rhythms of Indie rock while drummer Chris Montgomery largely maintains a simple back beat. Strong tunes, infectious grooves and tight interplay characterize this independently-minded group, whatever name you care to hang on its music.

There's nice variation in pace throughout the set, and within compositions as well. The quartet rocks out on "Engine Song," with chugging post-punk bass and a fat beat driving Hourdakis and Jensen to some energetic soloing of contrasting hues—Hourdakis, expansive and edgy, while Janson follows a more economical and overtly lyrical path. A three-note pop-synth motif and a stripped down bass groove underpin the slow-burning "West Coast," with Hourdakis and Janson's solos sympathetically attuned to the easy vibe. The wonderfully greasy funk of "Later" provides an album highlight; a killer riff that could happily go on forever is parked up to permit a little tangential abstraction. The riff returns with a vengeance before making room for the meditative conclusion.

"Rakt Fram" maintains a steady groove but grows in power, with Montgomery unleashing occasional punchy rolls throughout Janson and Hourdakis' respective solos. The drummer is even feistier on the up-tempo "Skinny Dip"; guitar and trumpet stretch out but the finale provides the most drama, with Montgomery's powerful crescendo stealing the thunder. A bouncing bass rhythm is central to the infectious "Jockgrim"—a highly melodic, grooving number that features a weaving solo from Hourdakis. A guitar, bass and trumpet unison riff incites a lively closing flourish from Montgomery.

Busy rhythms and Hourdakis curiously catchy motif lay the foundations of "Onsen," a feature for Janson's powerful, yet always melodic soloing. The very pretty "Colors" grooves like latter-day The Police, with Janson soloing most elegantly on this seductive number. The spacious feel of the easy-paced "Told You So" seems set to end City Nights on a gentle, contemplative note but just as the melody fades to nothingness the quartet gradually reignites the collective fire for one final fling. Hourdakis lets rip with an evident sense of freedom as the quartet sound swells around him. It's a stirring conclusion to an emotively powerful tune.

City Nights' head-bobbing grooves and well-defined melodies make for music that's instantly accessible, but at the same time there's a degree of sophistication in the arrangements that rewards close listening. This compelling debut may draw from familiar musical idioms but it's refreshingly free from overt influences. This is contemporary jazz-fusion/jazz-indie rock of the most persuasive kind.