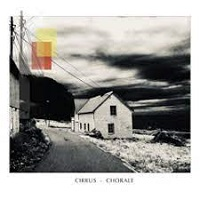 In the intervening years, Haugen, for example, has recorded with Liv Runesdatter's experimental chamber ensemble Song Circus, paid tribute to Antonio Carlos Jobim with Amigo Tom, whooped it up with the French cabaret-meets-gypsy jazz of the Fint Fransk Orkester and collaborated with Ketil Bjørnstad on sublime interpretations of the poetry of Kjersti Annesdatter Skomsvold. So, in the wider context perhaps less Cirrus, and more variety, hasn't been a bad thing entirely.

As before, Cirrus balances atmospheric minimalism of the chamber-jazz variety with more animated rhythmic impulses. Breistein and Huagen rekindle their special chemistry, creating ethereal harmonies that, if not quite front and centre, nevertheless define the band's sound to a significant degree. Bjerga Huagen's piano voicings are more prominent than her vocals, which are understated for the most part. On "Nuages," her wordless song leaves the faintest of impressions, ghostly in character, beneath Breistein's impressionistic play. The saxophonist's deft electronics—a subtle new weapon in Cirrus's armoury—add to the other-worldly ambiance.

Grooving bass lines, lithe drumming and barrelling tenor saxophone are at the heart of "Dominoes." Temporal shifts frame Haugen's haunting vocals and her broad-ranging piano dynamics—epic at one extreme, tender at the other. On "The Colours," Haugen lends wings to Nils Børge Trovåg Sandvik's lyrics, her deeply poetic rendering full of longing and doubt, while Breistein's beautifully weighted riposte seems to offer hope. The brief curio "Intermezzo/5th Wheel" balances insistent pulses, bass, cymbal and vocal, and electronics/sampling that conjures the sounds of tropical jungle.

Onarheim and Braekhus flex their improvisational muscles over mantra-like pulses on "Up Up Up," one of three tunes written by the double bassist. "This is Free" is primarily a vehicle for Breistein, who rides the rhythmic current of a repeated four-note piano motif with an impassioned solo. The other Onarheim composition, "Purvish," sees melodious unison lines of varying tempi bookend a fiery trio dialog between saxophone , bass and drums. With its absence of pronounced rhythms, Haugen's "Chorale" is the album's most experimental endeavor; vocals, saxophone and bass trace the same melodic line, while shimmering electronics and rumbling mallets offer restless counterpoint.

With Chorale, Cirrus succeeds in further moulding a uniquely captivating sound, without displaying any obvious points of reference. What is evident is that the quartet has refined and broadened its personal language in subtle yet persuasive ways. As fresh, progressive and original-sounding as ever.

Nuages; Dominoes; The Colors; Intermezzo/5th Wheel; Up Up Up; This Is Free; Chorale; Purvish.