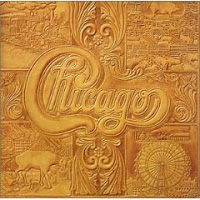 Consider the curious case of Chicago, the rock band.

This is a group that has lived several lives—some wild, some mild. In the late 60s and early 70s, Chicago was at the cutting edge of rock. Its lead guitarist, Terry Kath, was favorably compared to Jimi Hendrix—by Jimi himself. Its horn section sometimes featured wild improvisations bordering on avante garde and free jazz. The band rocked. It was good.

Later, of course, Chicago drowned in shmaltz, especially whenever Peter Cetera crooned a corny ballad. This was the mildest, most inoffensive band imaginable, at a time when Barry Manilow was redefining wimp music. It was awful.

In the middle, for exactly one album, Chicago morphed into something very different: a fusion band. If you blinked, you missed it.

The album is Chicago VII. It was a two-record set, with each LP representing a different style. Disc 2 was mild and tuneful, featuring the hit songs "I've Been Searching for So Long," "Wishing You Were Here" and "Call on Me." It was OK, on its own terms.

But the first LP—that was something special. It contained 25 minutes of instrumental music. It sounded nothing like anything Chicago had done before or would do after.

For starters, consider the instrumentation. Song 1, "Prelude to Aire," featured Robert Lamm on melotron and Walter Parazaider on flute. Song 2, "Aire," featured congas. Song 3, "Devil's Sweet," featured an ARP synthesizer, had long percussion solos and was dedicated in the liner notes "to Jo and Elvin Jones for their inspiration."

Flip the record and Side 2 starts with "Italian From New York" with synthesizer beeps and boops, followed by congas, guitars and a funky beat, then a spicy wah-wah guitar solo. "Hanky Panky" follows, with Robert Lamm on the Fender Rhodes and James Pankow with a jumping little trombone solo. Finally, "Life Saver" offers a big band-ish horn section and, at last, lyrics with a Beatles tinge. The side ends with a typically schmaltzy Peter Cetera love song. (To compensate, Side 3 includes a 3-minute Latin-drenched instrumental called "Mongonucleosis.")

Is it jazz? Well, it's not Return to Forever. But its instrumental improvisation with horns and keyboards and congas. And it swings. Sounds like jazz to me, and fun, too. After that, it was all downhill.

Side one: Prelude to Aire; Aire; Devil's Sweet. Side two: Italian From New York; Hanky Panky; Life Saver; Happy Man. Side three: (I've Been) Searchin' So Long; Mongonucleosis; Song of the Evergreens; Byblos. Side four: Wishing You Were Here; Call on Me; Women Don't Want to Love Me; Skinny Boy.