By JOHN KELMAN
October 7, 2008
Sign in to view read count 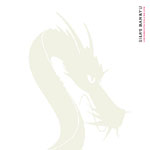 With a group possessing as strong and unique an identity as Swiss pianist Nik Bartsch's Ronin—heard most recently on the remarkable Holon (ECM, 2008) and in performance in Kristiansand, Norway at Punkt 08—It's not surprising that the debut album by its reedman Sha possesses many of the same characteristics. Ronin, after all, is more than just a group; it's a musical philosophy combining minimalist tendencies with deep grooves and improvisation so subtle that it's at a near subconscious level. Chessboxing Volume One, by Sha's Banyru quintet, takes Ronin's "Ritual Groove Music" and moves it in a different direction, the result of a new combination of instruments and an approach more heavily weighted towards lean melody.

Perhaps it's because Sha's instruments—alto sax, bass clarinet and Vietnamese khen (a bamboo pipe-based wind instrument)—linear as they are, lend themselves to melody which, with Sha in the writer's chair, become a greater focus. Banryu also features vocalist Isa Wiss who, with the exception of the opening "012" where she creates lyrics on the fly, plays a wordless melodic foil to Sha's instruments. While repetition and percussion play a large part in Banryu's sound, they're generally less aggressive than Ronin's piano/bass/drums/percussion/reeds lineup. It's impossible not to feel the funk here, but drummer Julian Sartorius is less assertive than Ronin's Kaspar Rast, with a backbeat that's pervasive but doesn't share the same sharp snap.

There's also an ethereal, atmospheric nature to Banryu that differentiates it from Ronin. At the end of "030," the reeds and voice are coated with reverb, as they move towards the stratosphere while Sartorius, bassist Thomas Tavano and pianist Mik Keusen play ever more delicately, ultimately fading to black. "042" begins with deep bass harmonics, again drenched in reverb and other electronics, creating lush chordal swells as Keusen enters with a single note in a repeated, shifting meter. As Tavano counters with a contrapuntal polyrhythm and Sartorius creates a delicate cymbal pulse, Sha joins with a dark, eastern-tinged melody that leads to one of his most delineated solos of the set. Still, as with Ronin, there's a focus here that avoids anything resembling reckless abandon, instead a more considered approach that blurs the line between form and freedom.

Still, there's no denying Banryu's uncanny nexus of the hypnotic and the booty-shaking. "030" may fade to dark at the end of its 11-minute run, and it may begin softly, with Sha and Wiss wrapping soft, long lines around Keusen's iterative playing. But at its core, when Tavano enters, it's a visceral piece of odd-metered funk that's equally cerebral—music that finds the perfect balance between head and heart. Like trumpet icon Jon Hassell's search for the meeting place of The North and South of You, Sha's Chessboxing Volume One is music that appeals to both hemispheres, creating its own union that can be taken on a purely instinctive level while providing plenty of grist for those who like their music as food for thought.