BY NENAD GEORGIEVSKI
February 16, 2011
Sign in to view read count 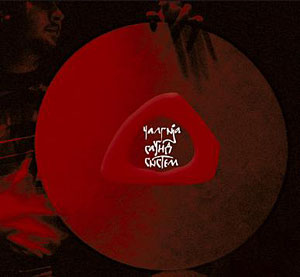 Despite becoming a genre of its own in these modern times, folk music goes deeper than that. Folk music of any culture is the music of the common people—their voice, a medium where thoughts and emotions have been tightly knit. It is music by the people, about the people and for the people. In a modern context, it is a well from which modern music has drawn to establish its foundation. The tradition of chalgia music is at the root of many types of popular music coming from modern Macedonia.

Recorded live, Chalgia Sound System's debut is not just merely a souvenir from the past or an attempt to relive the past, but a living and breathing music. Chalgia recordings are often rare, and they usually come from recordings dated from 30, 50 years ago with low sound quality.

The group stems from a close collaboration on another project dedicated to chalgia music, Kaldrma (Profundus, 2004), with two of its participants—oudist Dorian Jovanovic and kanun player Boshko Mangarovski—continuing their story with Chalgia Sound System. Jovanovic, apart from his original musical background, is an outstanding player (and a student of renowned oudist Simon Shaheen). Here he is joined by fine violin, qanun and percussion in a recital of fifteen songs and two reels. However, what drives the music above all—and what breathes new life into these songs—is the wonderful voice of Dobrila Grasheska, whose supple, muscular voice sweeps, soars, dives and punctuates. It is a melodic vehicle, unforced and natural.

The musicianship is stellar and provides a joyous musical experience. Though the theme subjects vary—as some of the songs are love songs, laments for a lost love, a lost homeland, drinking songs, or imprisonment—in the end, the whole atmosphere is upbeat, full of very melodic and strongly rhythmic music. Due to its various eastern roots, enticing and brittle oriental sounds pervade. Chalgia Sound System evokes a well of emotions, by playing with impeccable skill and virtuosity. These are some of the most moving, evocative songs ever recorded, channeling the true wealth of Macedonian traditional music