By Robert Jarovi
February 2, 2003
Sign in to view read count 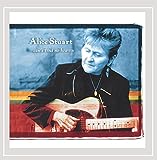 Why is it that very few – and I mean very few – female blues guitarists get the respect they deserve in the recording industry today? Women have always been a powerful and (I believe) equal force in the genre known as the “blues”. Where would blues fans be without singers Bessie Smith, Ma Rainey, Sippie Wallace, Alberta Hunter, or Etta James? But if you had to come up with a few singer-instrumentalists during an argument or a round of Trivial Pursuit, you’d probably have to stop and contemplate the question.

Sure, there’s Saffire -The Uppity Blues Women (with guitarist Gaye Adegbalola and Andra Faye who plays the mandolin) and of course the celebrated Bonnie Raitt, and even Susan Tedeschi. But you’d have to dig way back to the sixties (is that now considered way back?) and even to Memphis Minnie in the thirties (of whom, the record has shown, whooped both Big Bill Broonzy and Tampa Red in a public guitar contest) to find the antecedents of “woman with electric guitar”. So why don’t we hear the name Alice Stuart more often? If her latest recording, Can’t Find No Heaven on Burnside Records out of Portland, Oregon, is any indication, a healthy body of female blues guitarists are out there kicking it day to day.

So who is Alice Stuart? you ask. A dedicated guitarist and vocalist, an early member of Frank Zappa’s Mothers of Invention, touring partner with Mississippi John Hurt, Fantasy recording artist in the '70s, inspiration to many rock and blues female hopefuls and professionals including Bonnie Raitt, Joan Jett and Melissa Etheridge. There’s a long list of those who’ve covered and recorded her originals, but more importantly she’s a valuable interpreter of blues compositions. As for her personal definition Stuart states: “I regard myself as a song interpreter as well as a songwriter”.

The impessive opening cut, “Big Boss Man”, is a heavy rocking staple with guitar, harmonica and acoustic piano, originally alluding to the tyranny of labor and the need for release from servitude. It refers here (through Alice’s additional lyrics) to the ongoing battle of the sexes – another type of slavery. One more stomper, Stuart's original “Blues in a Bottle,” then follows. This cut has some tasty harmonica leads by Paul de Lay and a decent piano solo by Janice Scroggins. But after a few weeks of listening to this disc, the tunes that truly touched me were the acoustic ones. And so I comment on the excellent programming and seamless intersection of acoustic to electric on Can’t Find No Heaven. When I listen to her take on Furry Lewis’s “I Will Turn Your Money Green” (a tune originally recorded in 1927) the hair on my neck (proverbially) stands up, uplifted by Stuart's voice and chordal picking on that Martin guitar. The segue from the acoustic “Hard Time Killing Floor,” “Rather be the Devil”, and “Sugar Babe” to the romping electric pop-worthy “The Man’s so Good” is extremely subtle and a perfect example of skillful album production.

As a song interpreter and writer, Stuart seems to proudly recognize the continuity of the music, the fact that it really is coming from a well of material that is constantly reshaped and modernized. She senses that the blues will not (and cannot) languish away. It is an expression of the multitude of human feelings, longings, passions and dreams we all possess. That Stuart can blend her own lyrics within the canon, retain the original power of each tune, and yet propel the music forward for even more interpretations, is the sign of a true artist. Listening to Can’t Find No Heaven recalls the purpose of the blues: to tell the stories of daily life, its hardships, hopes, dashed dreams, deferred happiness, glimmers of pleasure, endless cycles of repetitions between the sexes, and he anger and helplessness of mortality. “Hard times can drive you from door to door”.

We’ll hear more from Alice, no doubt. More originals, more interpretations, more steadfast vision. And yet how many singers can dump their lover with this line like this from “Blues in a Bottle”: “Get yourself another woman? Whoo hoo, I got myself another man!”