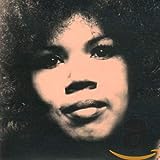 These are some of the finest soul recordings ever made, by an artist who stands head high with the great Aretha Franklin and Otis Redding. If you love jazz, chances are you'll love this too.

Recorded from '69 to '73 for FAME Records in Muscle Shoals, Alabama, these are tough, funky, dirty, raw, proud, deep-groove, southern soul classics... twenty-six 2:40 masterpieces of the genre. The songs are mostly about love—found and lost—sung by a singer who lived every line in the lyrics, and sounded like it. If they had been recorded for Stax or Atlantic, they would be as celebrated today as "Respect" or "I Never Loved A Man" or "Try A Little Tenderness."

But although FAME, and Staton with them, had a heap of R&B chart hits, the label never achieved much crossover success. It was only when producer Rick Hall contracted Staton out to Warner Bros in '74 that she broke through to a wider audience with—for soul fans—inferior and increasingly discofied material. She's best known today for the '70s disco evergreen "Young Hearts Fun Free."

Staton began her career in gospel music. By her early teens she was touring with the Jewel Gospel Trio, the Jackson Five of late-'50s gospel, on packages headlined by the likes of Mahalia Jackson and the Staple Singers. At seventeen, tired of life on the road, she ran away with the Pilgrim Travelers' Lou Rawls and circa '68—following an abusive marriage, and four children, to another man—began singing rhythm and blues in Alabama clubs to make ends meet. FAME star Clarence Carter caught one of her gigs and hooked her up with Hall. Carter later married her, too, and wrote some of her best material, along with FAME staff writer George Jackson.

If you're not familiar with these tracks, check the titles and chances are you'll feel some of the soul already. I defy anyone to hear Staton's cover of "In The Ghetto" and not get a tear in the eye. But this is nonetheless powerfully cathartic and healing music, and it'll get you up and over just like it did with those other folks thirty years ago.

Visit Candi Staton on the web.

I'm Just A Prisoner (Of Your Good Lovin'); Evidence; I'd Rather Be An Old Man's Sweetheart (Than A Young Man's Fool); The Best Thing You Ever Had; Someone You Use; That's How Strong My Love Is; Another Man's Woman, Another Woman's Man; He Called Me Baby; Sweet Feeling; Do Your Duty; Love Chain; Stand By Your Man; Heart On A String; Too Hurt To Cry; You Don't Love Me No More; My And Mrs Untrue; How Can I Put Out The Flame (When You Keep The Fire Burning); To Hear You Say You're Mine; Sure As Sin; What Would Become Of Me; In The Ghetto; Get It When I Want It; Freedom Is Beyond The Door; I'll Drop Everything And Come Running; The Thanks I Get For Loving You; I'm Gonna Hold On (To What I Got This Time).