BY DONALD ELFMAN
January 15, 2007
Sign in to view read count
Smart and inventive improvisers and composers and adventurous and forward (and backward) thinking labels continue to find each other and this symbiotic relationship defines the recorded jazz scene in the 21st century. A great deal of the label searching emanates from Europe and Italy has always been a source of great jazz—not to mention film music and, of course, classical, contemporary and new music. These all come together in the recordings of the CAMJazz label.

CAM (Creazioni Artistiche Musicali) Jazz was launched in 2005 as an offshoot of a mostly film music label that has been in operation for 40 years. (The original company has released music by Nino Rota, Pino Donaggio, Ennio Morricone and many others.) Producer Ermanno Basso wanted a way to have the most creative Italian musicians join forces with great jazz musicians from around the world and so CAMJazz was created. The experience of the people involved and the sensibility that have stood the original label in such good stead have served as a creative basis for the new venture and there is a beautiful uniformity that makes these new recordings part of a 40-year legacy.

Pianist Enrico Pieranunzi has been a vital jazz composer and improviser for many years—he's a brilliant player who has drawn the attention of a host of musicians throughout the world. He knew and loved the CAM label as prestigious in the world of film music and was foremost in the mind of the label when they thought to blend that with jazz. The Play Morricone project, says Pieranunzi, "was a fantastic opportunity for me because my trio with Marc Johnson and Joey Baron, which I call 'the trio of my heart', bears exactly the right chemistry and sense of interplay to make a project like this one successful. CAM is not only mixing the genres but also finding great musicians from different countries.

CAM looked to the incredible wealth of jazz titans in its own country. Trumpeter Enrico Rava, bassist Giovanni Tommaso and drummer Roberto Gatto have often played alongside musicians from elsewhere and they were the initial jazz attractions for the label. La Dolce Vita is a gorgeous session that finds that place where film music and creative improvisation meet. Rava, Tommaso, Gatto and pianist Stefano Bollani grew up on this kind of music and it's beautifully evident in their take(s) on it. Rava also leads a pianoless quartet on Full of Life, a set that recalls the music that Don Cherry did for Blue Note in the '60s.

Pieranunzi has been a quietly galvanic force in drawing star-quality musicians from elsewhere and in continuing to blend the worlds of jazz and film music. The aforementioned trio has made recordings that are landmarks in the trio format. When playing film music, the three emphasize in crystalline fashion both the beauty of the melodies and the individual and interplay qualities of the band's musicians. And then there's their glowing rendition of Ballads, tunes mostly by the leader but also by Baron, Billy Strayhorn and others. Finally, the pianist has led groups that include Charlie Haden, Chris Potter, Paul Motian and Kenny Wheeler. All five of these giants join for Fellini Jazz, of course highlighting the films and gestalt of the great Italian director. Another stunning session occurred when Pieranunzi met up with Jim Hall for Duologues. 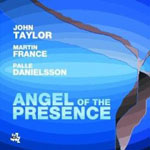 CAM has also given attention to new, young talent. Recently the label released a session by 16-year-old alto saxophonist Francesco Cafiso who has been acclaimed by the likes of Wynton Marsalis and Ira Gitler. His Happy Time is a sparkling and ear-opening debut. Also 'discovered' by the label are trumpeter Diego Urcola (nominated for a Best Latin Album Grammy this year), pianist Edward Simon and pianist Salvatore Bonafede, all of whom have recorded fine albums with celebrated players.

And speaking of celebrated players, there's a staggering duet release with Martial Solal and Dave Douglas, Rue de Seine; a thoughtful and smart trio set by John Taylor, with Palle Danielsson and Martin France, Angel of the Presence; and several other recordings led by trumpeter Kenny Wheeler. CAM is an ongoing adventure. Composers and players continue to invent important new music and producer Basso, his label and his American distributor Sunnyside make sure it gets to new and enthusiastic audiences. Says Pieranunzi, "All of the label's productions share music between cultures and the label production staff is careful and professional.