Byard Lancaster: From A Love Supreme to The Sex Machine 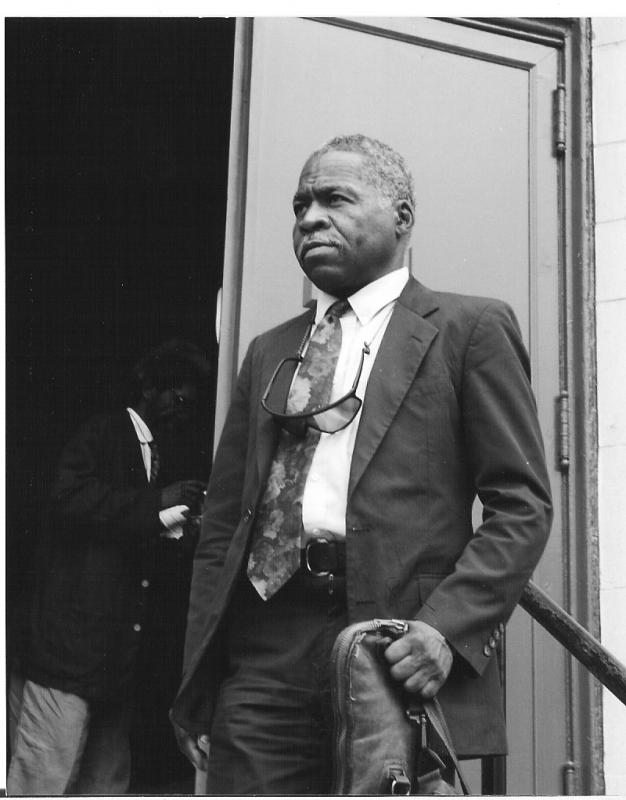 "From A Love Supreme to The Sex Machine" is reedman Byard Lancaster's personal aesthetic mantra, something that recalls the theme of the Charles Moffett tune "Avant-garde Got Soul Too."

Free jazz and creative improvisation historically have not often been viewed as the music of the people, but the idea behind the term 'avant-garde' is that it is a paving of the way by a few forces for a large wave of cultural and aesthetic change to come sweeping along behind them. It is unfortunate that broad change doesn't always happen as completely as one might hope, but as certain catalyzing forces line up, one can smell movement in the air.

Byard Lancaster was born on August 6th, 1942 in Philadelphia. Lancaster's family is from the South; his mother was born near Gloucester, Virg. and "[her] particular family is registered as having started the first slave uprising in 1743, on September 13th. My father was a very good businessman and brought her to Philadelphia."

Lancaster has three siblings; his brothers are a businessman and politician and an educator, respectively, and his sister, Dr. Mary Anne Lancaster Tyler, is a noted musicologist who studied with Donald Byrd and Nathan Davis.

Byard and his sister were the musicians of the family and played in church starting in 1949. Byard played piano until age five, when his mother bought him his first alto saxophone: "I wanted to play saxophone originally, because there was this junkie across the street who sat on his porch high and played every day."

Lancaster became an in-demand section saxophonist in school, too: "I played for about two or three years and decided to quit one day, and the director put me back in the next day because she called my mother and said 'I know she wants you to stay in, and your sister is in the band and you're going to be in the orchestra.' I never quit after that, and if I counted up all the time since then that I quit it would be about two-and-a-half months."

Even at a young age, Lancaster was restless to try new things and new approaches, a value instilled by his mother. "When my mother first bought me a saxophone, I kept it for five or so years and asked her for another one. She said 'no, you must get another type of instrument.' So I played the tenor saxophone after that."

Lancaster attended the Settlement Music School in 1959, the oldest music school in the country and Lola Junior High and Germantown High with pianist Kenny Barron: "Kenny was into Ellington and things, and I was into James Brown."

At the behest of his mother, Lancaster attended Shaw University in North Carolina for his first year ("my mother wanted me to attend a black college for a year"), following that with Berklee School of Music, and he was a part of the infamous class that yielded such luminaries of the Second Wave of free jazz as pianist Dave Burrell, trumpeter Ted Daniel and drummer Bobby Kapp. Lancaster studied music education and, with Burrell, orchestrated loft parties and late-night jam sessions that included school musicians as well as visiting jazzmen like Lee Morgan and Elvin Jones. 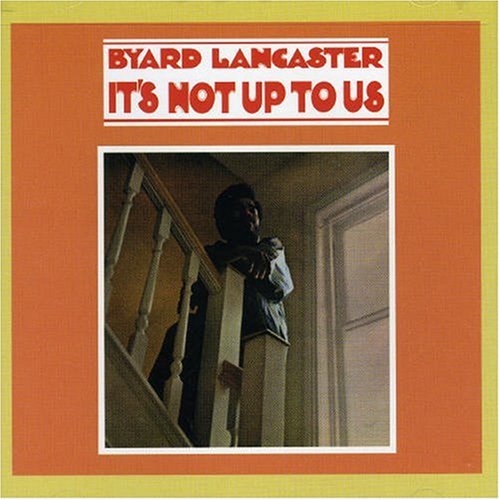 Following Berklee, Lancaster and Burrell moved to New York and Burrell quickly started another loft space at Bowery and Bond Streets, right in the thick of the scene: "Elvin Jones and Archie Shepp used to come by; Archie lived up the street and Rashied Ali lived not too far away, Amiri Baraka, Marzette Watts. Marzette wanted to learn the saxophone, and Archie wouldn't teach him, so I taught him [Lancaster appeared on Marzette and Company, Watts' first LP (ESP, 1966)]."

In 1969, Lancaster went to Paris and played the Actuel festival with Sunny Murray, whom he met through the loft scene as well. In fact, Lancaster made his first session with Murray—Sunny Murray Quintet (ESP, 1966)—who quickly became an influence on the young saxophonist: "Whatever sounds I heard in my head, he could find a rhythm to balance it. On my first record with him, I used no notes, just sound... I never played as powerfully as I did with Sunny Murray... he plays pulse, not beats."

Lancaster returned to Philadelphia after the festival, then went back to France with Murray in 1971 and stayed for half a year. Lancaster returned in 1974 on his own and met with pianist-composer Jef Gilson, producer of Palm Records and a catalyst of the Parisian avant-garde jazz scene. He recorded nine sessions for Palm, including important duets with percussionist Keino Speller (Exactement, 1975), a trio with bassist Sylvain Marc and drummer Steve McCall entitled Us and a tribute to James Brown.

After Lancaster left France for the final time, he returned to New York in 1978 and then back to Philadelphia shortly after, as a return to his roots. He "always [has] to return to Philly," and it holds a special connection for those who have come up through its ranks. "Philadelphia is a tribal city... it is the spiritual capital of the United States and rivals Mecca. The laws of the country and its culture were born there, and we are the root of all culture in the world because we're running the world culture now and the root of America is Philadelphia."

Lancaster's labels Dogtown and Philly Jazz both reference the history of Philadelphia and its height as the cultural capital. "Even though we call it 'Philly Jazz,' it really means music," and Lancaster wants to bring jazz, R&B, rock, reggae and all other forms of music to the streets, schools and to the people. "I've been organizing since I was born, and [finding time to practice] is one of the reasons I play on the streets, because I sit there for about three or four hours without moving. It's a great marketing scheme—if I want to sell 20,000 records to the people in my community, then the people should know me and the next thing is that I should create music that they really love."

Byard Lancaster knows that building from the ground up is the first step in the process of sonic and spiritual liberation.