BY EYAL HAREUVENI
March 5, 2014
Sign in to view read count 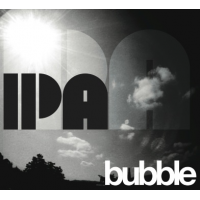 The third album of the Norwegian-Swedish band IPA feature it as a quintet with the addition of Swedish vibes master Mattias Ståhl. The former quartet—Norwegian saxophonist Atle Nymo; drummer Håkon Mjåset Johansen, both playing in the modern jazz quintet Motif; double bassist Ingebrigt Håker Flaten, who collaborated with Nymo and Johansen for a reworking of Don Cherry's Complete Communion (Bolage, 2006) and a member of the power-free jazz trio The Thing and of another Norwegian-Swedish quintet Atomic; and Swedish trumpeter Magnus Broo, who collaborates with Håker Flaten in Atomic—released two albums already, Lorena and Its A Delicate Thing (Bolge, 2009, 2011).

The close affinity of IPA musicians contributes to its powerful and tight interplay and to its approach, a fresh, wildly rhythmic and imaginatively melodic update of the American free jazz of the Sixties. The quintet is clear about its formative influences and delivers its message loud and clear already on the opening piece, Nymo's "Dolphy" and later on Broo's groove-based title-piece, both are driving, post-bop pieces, with brilliant solos by Ståhl, whose vibes sound is already an organic part of IPA's sound, Broo and Nymo. Ståhl's "If a Waltz" emphasizes the hypnotic-swinging pulse of the fantastic rhythm section that enable Broo and Nymo's muscular, wild flights.

Nymo's "Kanshibari" highlights the uncompromising, rich sounding rhythmic basis of Håker Flaten, Johansen and Ståhl. This powerful rhythm section takes the lead on Broo's "Flytten" with a thick, talkative free improvisation before settling on a looser yet tight rhythmic structure that welcomes the dense, melodic outbursts of Broo and Nymo. IPA surprise with Nymo's gentle ballad "Boomerang," before completing this captivating journey with Broo's reflective piece, "Ting," that wisely elaborates on the the myriad musical avenues that flourished since the inception of free jazz and free improvisation.

IPA is still one of the best kept secrets in the fertile Nordic musical scenery. "Bubble" proves again and again what a great band it is.