BY GREG CAMPHIRE
December 2, 2007
Sign in to view read count 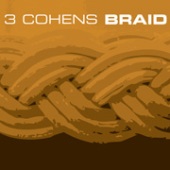 To the ranks of soulful jazz families like the Heaths of Philadelphia, the Joneses of Detroit and the Marsalises of New Orleans, fans can now add the 3 Cohens of Tel-Aviv, a talented Israeli combo featuring tenor saxophonist/clarinetist Anat Cohen and her brothers Yuval on soprano sax and Avishai on trumpet, who are hitting their stride on their sophomore collective effort, Braid.

The aptly-titled album sums up the telepathic, conversational interplay of the Cohens; musically, their inside jokes, finishing of each others' sentences and playful sibling rivalries spur the ensemble playing to refined heights, with expert backing by the seasoned rhythm section of drummer Eric Harland, bassist Omer Avital and pianist Aaron Goldberg. Featuring mostly original Cohen compositions, the sextet offers up a collection of fresh, modern jazz full of energy, daring and emotion.

The three horn players combine the lyrical tone qualities of the swing era with a post-Coltrane fervor, while fusing Middle Eastern flavors to the Afro-Latin element that has influenced jazz ever since Jelly Roll Morton put the "Spanish tinge on his ragtime beat.

Tracks like the simmering 6/8-meter journey "Navad and the smolderingly up-tempo "Freedom showcase the band's bebop-derived intensity and cohesion; Harland caps a series of impressive solos on the latter with a particularly explosive percussion narrative in his own authoritative style.

The group's softer dynamic range and poetic expressiveness come through on the sweetly harmonized, light bossa nova of "Tfila (Prayer) as well as an engaging pair of waltzes: "Lies and Gossip and "Gigi et Amelie, the latter sounding like an inspired re-imagining of some grand Tin Pan Alley tune lost to history.

The group dynamic is sometimes reminiscent of the work of Wayne Shorter's current quartet, adding abstract filigrees, propulsive decorations and ample breathing room to the delicate chamber feel of "Beaches and the Latin-spiced Dizzy Gillespie tribute "Shoutin' Low. Avital is especially effective on the relaxed beat of the former, breaking up thick, funky basslines across the tune's subtle, New Orleans-inflected second-line rhythm.

The Cohens' eclecticism grows even bolder with the inclusion of "U-Valley. The short tune's inherent catchiness belies a complexity contained within the sinewy horns, which layer interlocking melodies and countermelodies over a repetitive yet obliquely subdivided 30-beat phrase.

Offsetting that brainteaser is the breezy air of "It Could Happen to You, a charming a cappella rendition that finds trumpet, tenor and soprano tossing the pop core of the original back and forth like a game of hot potato. Contrastingly, the slow and elegant processional "Elegy for Eliku captures a mournful yet hopeful pathos, dedicating the deceased in a mode of poignant blues phrasing and dark, humid swing.

What becomes apparent by the end of Braid is that this a real band, reaching a level of communication bound by family ties, deepened by long hours on the bandstand and enlivened by an obvious love of the artform. The 3 Cohens have arrived, and hopefully this is only the beginning.