By Doug Collette
June 23, 2018
Sign in to view read count
It's difficult, if not impossible, to understate the distinction Cowboy brought to Capricorn Records. At the height of the Southern rock movement launched by and spurred on through the success of the Allman Brothers Band, Phil Walden's artist roster, including the Marshall Tucker Band and Wet Willie, was also populated with bands like Grinderswitch that borrowed heavily and without reservation from ABB's style (perhaps not so surprisingly, that group was co-founded by Joe Dan Petty, one of the Allmans' roadies). But the ensembles led of Scott Boyer and Tommy Talton were earmarked not just by a reliance on vocal harmonies-an element of style missing from all the aforementioned groups-but also an emphasis on formal song structure that not only stood them in good stead over four albums of their own, but also in collaborations with Gregg Allman and Duane Allman: Skydog, the founder of ABB recommended the signing of Cowboy and reaffirmed his advocacy by playing slide on the original version of "Please Be With Me" (subsequently covered by Eric Clapton on 461 Ocean Blvd (RSO Records, 1974). In line with the recurring regroupings of later years fronted by Boyer and Talton, not to mention sit-ins with the latter-day Brothers at the Beacon Theater in New York, it's only fitting that all of Cowboy's catalog is now available in its entirety thanks to Real Gone Music. 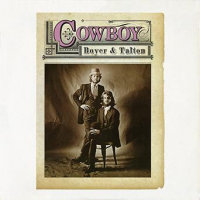 Quotes from interviews with Tommy Talton, combined with photos from his personal archive are more value-added than the bonus tracks here, both of which also appear on The Gregg Allman Tour (Capricorn, 1974). Yet real style and substance remains in the mellifluous blend of the co-leaders' singing, which suitably decorates a dozen songs, like "Everyone Has A Chance to Feel," as unaffected as the authors' voices. Played and recorded with a crew of collaborators still within the Capricorn family-at the time of this recording prior to the dynasty's decline-there are no pretensions to profundity or innovation on this record, but only an honest reaffirmation of the natural charm of Boyer and Talton's music. The duo consent to honor more stylized Dixie rock overtones, but wisely relegate their act of homage to a pair of instrumentals, "Road Gravy Chase" and "Houston Vamp," the combination of which elevates the warm informality of the sessions described in Scott Schinder's liner notes; the accuracy of his essay, in conjunction with this reissue label's wise decision to replicate the original cover graphics, adds to the overall authenticity of this release. 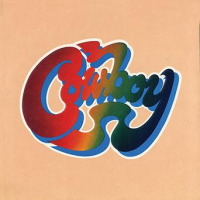 Although this eponymous release features a wholly different lineup of personnel than the Cowboy ensembles Scott Boyer and Tommy Talton previously led, it is nevertheless rightly titled. The buoyant vocal harmonies may be a given on tracks like "Take It All the Way" and "Now That I know," but that doesn't make them any less alluring, especially since the singing compensates for some of the easy rhymes in these ten original songs (one of which, "Except for Real," was authored by Chip Condon, whose keyboards are so prominent in these arrangements). With even more hindsight, not to mention the sonic clarity afforded by Mike Milchner's remastering, similarities to the country-rock of Poco are even more prevalent here, but seasoned with the gospel overtones that differentiate the Southern band from their West Coast kindred spirits; given the success of that genre, as epitomized by the Eagles at the time of this album's original 1977 issue, both the reformation and subsequent dissolution of Cowboy makes comparable sense: Boyer, Talton et. al., didn't all that much new to the hybrid. But even in this modified form, this rejuvenated quintet lent distinction to the Capricorn Records roster in its later years.

Tracks: A Patch & a Painkiller; Coming Back to You; Everyone Has a Chance to Feel; Where Can You Go?; I Heard Some Man Talking; Love 40; Road Gravy Chase; Something to Please Us; Long Ride; Message in the Wind (When I'm Listening); Houston; Houston Vamp; Time Will Take Us; Where Can You Go?.

Tracks: Takin' It All the Way; Now That I Know; Pat's Song; Straight Into Love; Everybody Knows Your Name; What Can I Call It?; Nobody Else's Man; Except for Real; Satisfy; River to the Sea.