Van Morrison: Born to Sing: No Plan B

By DOUG COLLETTE
November 12, 2012
Sign in to view read count 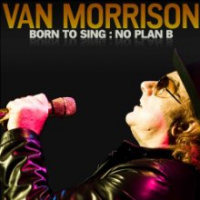 A propitious return to Blue Note Records, Born to Sing: No Plan B is one of the most inspired and accessible albums of singer/songwriter Van Morrison's storied career. It would not be appropriate or accurate to draw direct comparisons to Moondance (Warner Bros., 1970), His Band & The Street Choir (Warner Bros., 1970) or Tupelo Honey (Warner Bros., 1971), but it is fair to say this is comparable work, albeit in a more mature musical and emotional context.

In keeping with the title of the album as a statement of purpose, "Open the Door (To Your Heart)" sounds like nothing so much as a invocation of Morrison's muse as well an invitation to become immersed in the power of the music, with its easy flowing rhythm, prominent Hammond B3 organ and tasty horn section. The equally relaxed "Goin' Down to Monte Carlo." is indicative of the wisdom The Belfast Cowboy demonstrated by, in his role of producer, choosing to record this album with the same core band throughout; bassist Paul Moore and percussionist Jeff Lardner, in particular, display an intuitive grasp of the nuances of Morrison's singing as well as original material such as the title song.

Morrison's own presence on guitar, piano and sax probably cannot be underestimated in focusing the band's fluid performance. All the musicians fall into the motion set by the frontman on "End of the Rainbow," where the author ponders the realities of economics, personal and otherwise. Morrison's only a bit less forgiving, though equally clever (and sly) on "If In Money We Trust." It is thus little wonder he sounds so genuinely accepting on "Close Enough for Jazz."

The beauty of Born to Sing: No Plan B, however, is that its verbal expressions are reinforced through marriage to the music and, in turn, by the pungent playing. In an extended instrumental intro to "Close Enough for Jazz," led by guitarist Dave Keary, the musicians sound equally efficient and polished, never merely going through the motions. No doubt that's because the arrangements leave just enough room for them all to display their chops, as Morrison himself does vocally on "Mystic of the East." In addition, the recorded sound is both clear and resonant, without a hint of the sterility that a recording studio can sometimes inflict.

Even as Van Morrison continues to create his own personal language with songs such as "Retreat and View," he still returns to the blues of "Pagan Heart"; while it may not plumb the hypnotic trance-like depths of such numbers as "Cypress Avenue" or "Almost Independence Day," it's not far from it. Yet, this man is no more anxious to repeat himself now than in his commercial heyday, so, if that gutsy tune says anything, appropriately followed by "Educating Archie" to close the album on a provocative topical note, it's that Van Morrison has achieved the ever so difficult task of bringing practical wisdom back from the mystic into which he has so often traveled.

Open The Door (To Your Heart); Going Down to Monte Carlo; Born To Sing; End Of The Rainbow; Close Enough For Jazz; Mystic Of The East; Retreat And View; If In Money We Trust; Pagan Heart; Educating Archie.