Van Morrison: Born to Sing - No Plan B 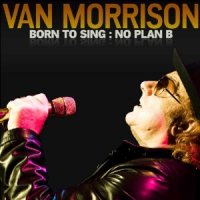 When Ray Charles died in 2004, he left only one artist (two if you count Willie Nelson) with a comparable musical vision and depth and breadth of creative reach: Van Morrison. For 40 years, Morrison has surveyed the spectrum of American music, just as Charles had. Morrison passed blues, soul, R&B, rock, country, jazz and folk of the New World through an emerald prism that imparted each with his personal Irish quintessence. On Born to Sing—No Plan B, Morrison's 39th album and his first studio recording in four years, the singer remains in good voice and steady in direction.

Morrison recordings are often more tone poems held together with simple and solidly soulful harmonics. Astral Weeks (Warner Brothers, 1968) and Veedon Fleece (Warner Brothers, 1974) are recordings like this, where Morrison spins Celtic gossamer in a James Joyce kind of way. It is often as if he does not enter the studio with lyrics written, but merely opens his mouth and out comes something like "Cyprus Avenue," "Moonshine Whiskey" or "Rough God Goes Riding." This is the personality Morrison gives his lengthy "Going Down to Monte Carlo" on Born to Sing, continuing to reveal his angst toward the recording industry and lesser mortals than himself.

What Morrison always delivers are hook-filled songs based on deceptively simple melody lines. "Open The Door (To Your Heart)" is an infectious Island mélange featuring the singer's tangy alto saxophone, while the title song loping doo wop without the doo wop. "Close Enough for Jazz" has a breezy line that penetrates one's sleep. Is it jazz? One reviewer commenting on Morrison's 1996 How Long Has This Been Going On? (Verve) said that the singer confused jazziness for jazz. Perhaps he did, but an overriding question would be, why should Van Morrison think he can plumb the depths of already well-represented music and add anything? For the same reason Ray Charles could...he was Ray Charles, after all, and Van Morrison is Van Morrison: that's why.

Open the Door (To Your Heart); Going Down to Monte Carlo; Born to Sing; End of the Rainbow; Close Enough for Jazz; Mystic of the East; Retreat and View; If in Money We Trust; Pagan Heart; Educating Archie.