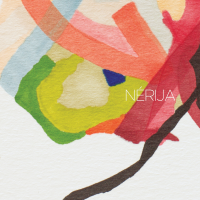 Nérija is a collective comprising seven of the brightest stars on London's alternative jazz scene—alto saxophonist Cassie Kinoshi and tenor saxophonist Nubya Garcia, trumpeter Sheila Maurice-Grey, trombonist Rosie Turton, guitarist Shirley Tetteh, bassist Rio Kai and drummer Lizy Exell. All are bandleaders in their own right. You would expect such a line-up to deliver the goods and it does.

Among Blume's charms is a great vibe. A defining feature of the new London scene is its collegiate nature. This did not come about by accident. The influence of the pioneering Tomorrow's Warriors project is writ large. The organisation, which was co-founded in 1991 by bassist Gary Crosby and his partner, Janine Irons, who still lead it, gives theory, technique and performance training to aspirant jazz musicians with a special focus on those from the African diaspora and young women. Most of the scene's leading players, including those in Nérija, attended Tomorrow's Warriors before and/or during their conservatoire training (and in the case of Shirley Tetteh, instead of it).

Central to Tomorrow's Warriors' educational approach is the idea of comradely unity, the prioritisation of co-operation over competition, and the philosophy is part of Nérija's creative process. Blume contains two group compositions plus one from each musician in the band; solo space is allotted in a similarly even-handed fashion. There are no sharp elbows at play—and the sense of good fellowship seeps out of the music, too.

The Chicago-born tenor saxophonist Idris Ackamoor talked about the idea of comradeship vs. competition in an interview with this writer a few years back, when describing the unity which existed in the politically inclined spiritual-jazz scene of which he was a leading light in the late 1960s and early 1970s. Earlier generations of jazz musicians had been raised "like crabs in a bucket," said Ackamoor. "From the 1920s onwards, they were brought up on the idea of the cutting school, where you'd try and best each other in head-to-head jam sessions. 'I'm badder than this cat, I'm badder than that cat.' But my generation felt that the priority had to be unification. Competitive cutting was opposed to unity. It was opposed to 'each one, teach one' as the saying went. There was a race war going on in the US and we needed to present a united front." Happily, there is no race war going on in Britain in 2019, though the country still has an ugly rump of white nationalists who would like to start one.

Co-operation and unification are not necessarily the same as collectivism, however, and collectivist endeavours, be they musical or extra-musical, often fail for want of finding an efficacious alternative to top-down leadership. Nérija, though, is making the idea work. There is not a single longueur on the album. Cassie Kinoshi's "E.U. (Emotionally Unavailable)," Shirley Tetteh's "Partner Girlfriend Lover" and Nubya Garcia's impressionistic title track are not so much highlights as firsts among equals.

Stop Press
On July 10, Gary Crosby was awarded The Queen's Medal for Music, making him the first jazz musician and the first person of colour to receive the honour. What Tomorrow's Warriors needs next is a bigger grant from the box tickers at Arts Council England.