By James Nadal
November 19, 2016
Sign in to view read count
The blues is an essential element in American music, and continues to thrive, with new releases and artists coming out on a regular basis. The three artists spotlighted here are all experienced musicians, and have a genuine affinity for the blues, as it is their inherent music. While one makes his stunning recording debut, the other two are seasoned veterans in the business. All are qualified to keep the blues alive. 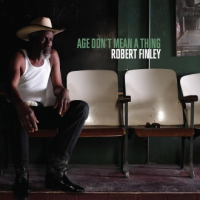 In a perfect example of not giving up on dreams, Robert Finley makes his recording debut at age 63, and Age Don't Mean A Thing is the perfect title. Coming out of Bernice, Louisiana, Finley is an artistic triple threat as singer/songwriter/guitarist, and an engaging live performer to top it off.

Discovered by the Music Maker Relief Foundation, in North Carolina, whose mission is to preserve the rich cultural music of the American south, Finley was signed by Big Legal Mess Records, and recorded at Electrophonic Studios in Memphis. Studio owner Scott Bomar, of The Bo-Keys, was also behind the board, and brought in other members of that band, as well as top Memphis session players, culminating in an exuberant production with high energy level.

Finley penned all but two of the songs, highlighted by the title track which is as autobiographical as it gets. Other standouts are the ballads "It's Too Late," and "Snake In The Grass," a worried tale about the suspicious back door man. The surprise selection is certainly "Make It With You," the Bread hit, which Finley turns into a wrenching soul grinder, proving that it's the singer not the song. Blessed with a soulful and emotional voice, he is a true son of the south, and innately knows how to lean on a song. If singing the blues is about paying your dues, Robert Finley has earned his recent rise in popularity and recognition, and certainly deserves it. 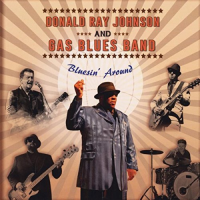 With an impressive resume as a drummer for a slew of blues acts, and a 1978 Grammy winner with the disco/soul group A Taste of Honey, Donald Jay Johnson, for some time, has focused his talents on singing the blues, and does so with authenticity and authority. Bluesin' Around was recorded in France, where the Gas Blues Band reside and have a solid reputation as a first call backing band. Johnson and this band have done several European tours over their twelve year association, and the musical cohesion is on full display.

The selections are an interesting assortment of covers which Johnson has obviously become very familiar with in his career, and knows how they should be sung. Opening with BB King's "Bad Luck," they lay the groundwork for the rest of the show, pure soul/blues with an edge. The poignant "Ninety Proof," penned by Philip Walker, is the highlight slow burner, dealing with the problem of seeking solace in the bottle. "Distant," veers into the slick soul lane, but they get back on track with Johnson originals "Watching You," and "Should've Been Gone," which features an excellent horn arrangement.

A blues singer from Texas hooking up with a French band should come as no surprise as France has been tuned into the blues since the late 1950's and has been a preferred country for blues and jazz musicians to perform since then. The Gas Blues Band, led by guitarist Gaspard Ossikian is a tight outfit, and with Donald Jay Johnson on vocals, they offer a fine set of contemporary blues. 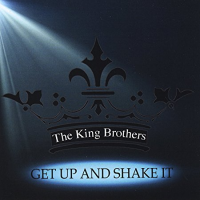 The King Brothers are no strangers to the blues. With Lee on guitar and lead vocals, and Sam on drums, the siblings have an accumulated experience that spans fifty years. Raised in the San Francisco Bay area during the prolific 1960's, the brothers were influenced by singer Jimmy McCracklin, who lived across the street, and inspired them to take up music. The both played with Albert King, and The Texas Cannonball, Freddy King is a second cousin, so they carry on the distinctive name with honor and pride. Get Up And Shake It is their third release, having put out "Turnin' Up the Heat," in 1997, and "Mo Heat," in 2001.

The Kings play straight ahead, no nonsense blues. The record showcases their roots and begins by covering Muddy Waters with "Rock Me Baby," and two gems from Willie Dixon "Hootchie Cootchie Man," (immortalized by Muddy) and "Close To You." These are a solid sample of the tough Chicago sound, then they fire it up on their cousin Freddy's "Tore Down," adding blistering heat to the mix. "Blind Snake," is a humorous take on the double entendre blues, but everybody know what it's all about.

The brothers also do a fine job in writing originals, "Just The Way I Like It," and the title track are both juke joint motivated, geared for the stage, just around midnight. The instrumental "Just Driving Around," is the star of the set, as the band gets an opportunity to fall into a groove. Kudos to organist Ellis Hall for his discerning accompaniment on this track, and Lee's lead playing is carefully controlled, exhibiting a maturity which separates genuine blues players from the imitators. This is blues played the way it should be, by guys who have been doing it for a while.

Tracks: I Just Want To Tell You; Age Don't Mean A Thing; Let Me Be Your everything; It's Too Late; Snake In The Grass; Come On; Make It With You; You Make Me Want To Dance; Is It Possible To Love two People?

Get Up And Shake It

Tracks: Rock Me Baby; Just Driving around; Hound Dog; Hootchie Cootchie Man; Just The Way I Like It; Blind Snake; Close To You; Get Up And Shake It; Bigg Legged Woman; Tore Down.