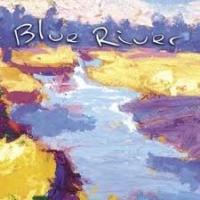 Steve Barta lands squarely on the Jazz radar with this acclaimed collaboration with Herbie Mann.

I met Steve Barta this past Holiday Season. He was demonstrating his most recent self- produced release The Twelve Days of Christmas (previously reviewed in these pages). Barta was joined by the esteemed flautist, Herbie Mann on a very Bossa "Christmas Song" on that outing. At the time, he told me there was much more of the same to be found on this release, Blue River. Indeed, there was. Blue River is the best Latin-influenced jazz recording I heard in 2000.

Comprised of ten Barta originals, Blue River exists in shades of Bossa Nova. Never does it become a rehash or poor imitation of Jobim. Barta is a careful technician, his care being most manifested in his intricate lace of composition. His songs are well crafted and have the soft texture of silk warmed by a wood fire. The total of this disc is the concept of inspiration and how different inspirations reveal themselves through composition and performance. Barta's performance, as well as that of Mann, is precise and understated, even during the more technical pieces. There is no excess here, only the correct notes are played.

Wish Upon A Canvas; Blue River; In Another Life; Like An Old Piano; Rossport; Carinho; The High Road; Asleep In The Sweet Light; Umtradah; On The Edge; Blue River. (Total Time: 48:55)