By JOHN EYLES
April 14, 2015
Sign in to view read count
Blue Note! For many of us, the words alone are enough to send a tingle down the spine, conjuring up the indefinable magic of a golden age of jazz. What were the elements that made classic Blue Note records so special? The look? The feel? The sound? All of these and more. Alfred Lion's production? Francis Wolff's photography? Reid Miles design? Rudy Van Gelder's engineering? None of these alone is an essential element, but when all four come together you've got the recipe for a classic.

But most of all, what made the records special was the music and the players. Alfred Lion trusted his instincts about the leaders of sessions and was prepared to take risks. He put together first rate groupings that were often surprising combinations, say of bop and free players; he gave the musicians time to rehearse and as a result he got great performances. An extraordinary number of musicians recorded their best work for Blue Note.

Over time, boundaries have become blurred, as Blue Note has released music from other sources. (Great as it is, Birth of the Cool is not a Blue Note record!) Since its relaunch, the label has released some great new recordings from such notables as Bobby McFerrin, Cassandra Wilson, Greg Osby and Kurt Elling. Here though, I've stuck to classic Blue Note and selected one recording from each year of the Golden Decade, from mid 1957 to mid 1967. Invariably, the label's latest RVG (Rudy Van Gelder) reissue of an album features remastered sound and bonus tracks added to the original album.

This list could easily contain fifty albums or more, but the process of pruning it to eleven means there are some criminal omissions—no Monk, no Bud, no J.J, no Joe Henderson (although he does turn up as a sideman here); Eric Dolphy's Out to Lunch has been sacrificed, as have Speak No Evil, Maiden Voyage, Song for my Father... Indeed, such is the strength in depth of the Blue Note catalogue that it would be easy to select ten great releases from 1964 alone; another time, maybe.

But have you ever seen a list that you didn't argue with? Hey, that's half the fun. 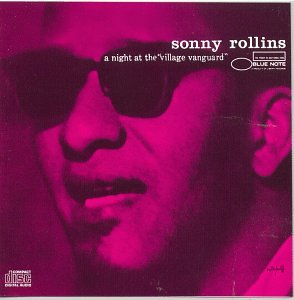 Sonny Rollins
A Night at the Village Vanguard (1957)

Blue Note began issuing 12" L.P.'s in 1956, the same year that Reid Miles started designing sleeves for the label. For much of the next decade, it seemed as if the label could do no wrong; the words "Blue Note" on the sleeve virtually became a guarantee of quality.

Originally a single LP release, now expanded to a double CD in the RVG Edition, this album features Rollins with two trios (one from the afternoon set, a different one for the evening set; the album title is a misnomer). One of Rollins' very best, from his long winning streak in the late '50s. 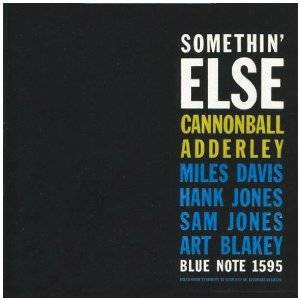 Cannonball Adderley was always underrated in the Kind of Blue band, not least because of the stellar performances of Miles and Trane. This album, recorded a year before Kind of Blue, is Adderley's finest, and features Miles in his last session as a sideman. Dominated by a long, relaxed reading of "Autumn Leaves," the album has been a slow burner, steadily growing in fans' affections and in critics' regard. 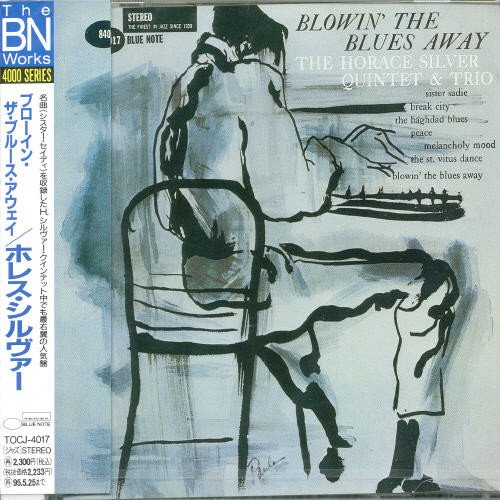 Horace Silver was hugely influential in developing the soul-jazz genre and giving Blue Note a reputation as a source of funky sounds (much sampled later). His band, with its frontline of Blue Mitchell and Junior Cook, made the process sound as easy as breathing, which it wasn't, as many others discovered. Silver continued to produce such high quality albums with extraordinary consistency, until Blue Note was in its death throes in the 70's. See the YouTube clip below for classic footage of the band at Newport in 1959. 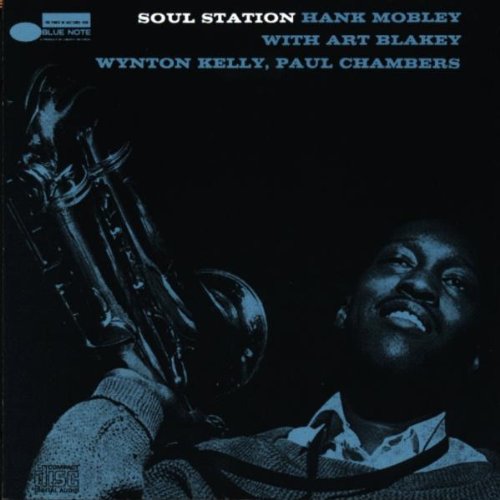 Hank Mobley was a reliable tenor saxophonist from hard bop origins, who recorded countless albums for Blue Note without setting the world on fire. Soul Station should have been just another session with just another band—Wynton Kelly, Paul Chambers, Art Blakey (some band!)—but it has that certain indefinable something that makes a record special. The year after recording it, Mobley began a period in Miles' quintet, but this album was his finest hour. 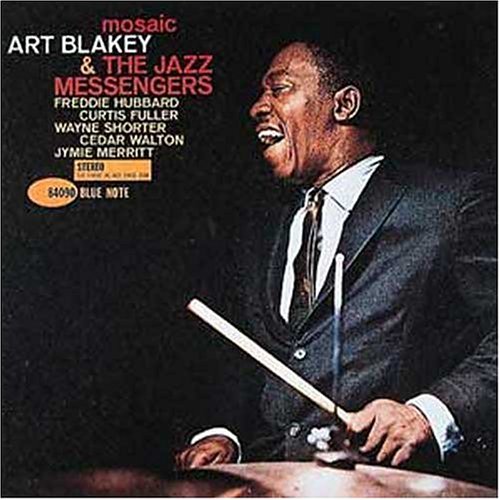 Art Blakey & The Jazz Messengers are the archetypal Blue Note band. Débuting on the label as early as 1954 (with A Night at Birdland), the personnel evolved over the years, constantly refreshing and re-energising the band. Blakey was the only ever-present, and the band became the equivalent of an academy or finishing school. The incarnation that recorded Mosaic featured Freddie Hubbard, Wayne Shorter, Curtis Fuller, Cedar Walton and Jymie Merritt, compositions from Hubbard, Shorter and Walton, and—with the three horn front line—a sense of adventure that went far beyond the band's reputation as hard boppers. 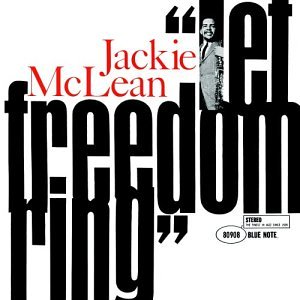 A classic Reid Miles sleeve design has huge lettering bursting out of its space, less a title, more a declaration of intent. Musically, this is a pivotal record in the label's history; influenced by Ornette Coleman's explorations, McLean left bop behind and experimented with freedom. The label itself mirrored McLean's decision, not releasing many free sessions, but integrating free players alongside those with roots in bop. The resulting combinations are key to the label's freshness and innovation.

In 1967, Ornette would record as a sideman with McLean on New and Old Gospel (sadly, still unreleased by Blue Note in the RVG Edition). 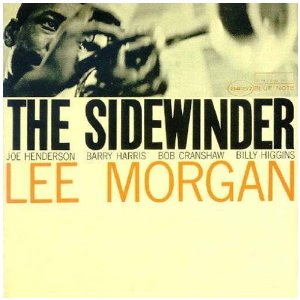 Despite flirting with freedom, Blue Note continued to milk the market for hard-blowing funky jazz, through the likes of Jimmy Smith, Stanley Turrentine, Hank Mobley and—after this release—Lee Morgan. The title track here is an irresistible toe-tapper, and one of the most famous of jazz hits. Morgan would strive to recreate its success for many albums to come. This original is far from formulaic, with the band including both Joe Henderson and Billy Higgins. 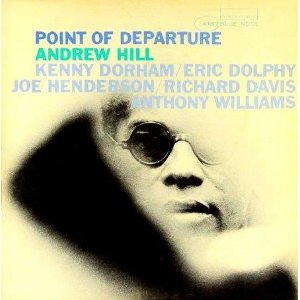 The label's greatest album released in its greatest year? Quite possibly. Hill is joined by a fantasy line-up of Eric Dolphy, Joe Henderson, Kenny Dorham, Richard Davis and Tony Williams. In his compositions and arrangements, Hill's most obvious influence is Thelonious Monk, but really he is without precedent. Still active today; still underrated! 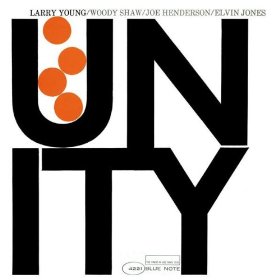 Another great cover design, much imitated. If the most ubiquitous organ sound on Blue Note was the funk of Jimmy Smith, Larry Young's organ was the sound of surprise and invention, inspired by Coltrane. Here he is joined by Woody Shaw, the ubiquitous Joe Henderson and Elvin Jones. Despite his later membership of Miles' Bitches Brew band, Tony Williams' Lifetime, and Love Cry Want, this is Young's greatest. 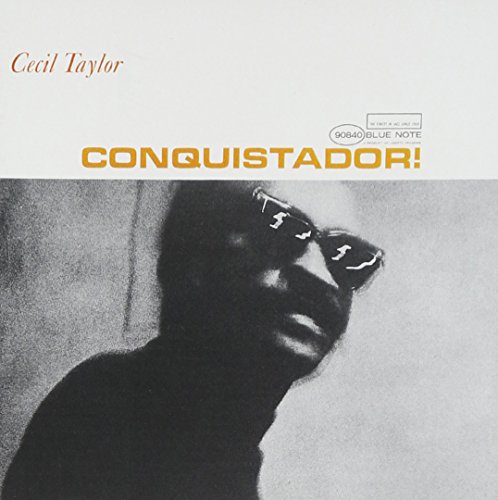 Three of Cecil Taylor's best albums are to be found on Blue Note, but he never really seemed to fit into the label's sense of community; his recordings were made with his own group and he never played a Blue Note session in any other leader's grouping. Nonetheless, it is hard to ignore a release as good as this; featuring a septet with Jimmy Lyons on alto sax and Bill Dixon on trumpet, the line-up mirrors other Blue Note groupings but the music is light years away. Difficult listening, but it amply repays the effort invested. 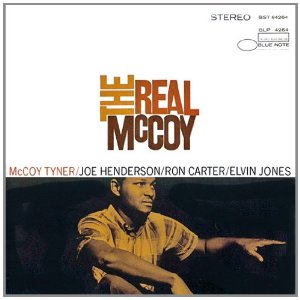 With this album, Tyner moved up a gear as a leader and a composer, delivering on both counts. Joe Henderson, Ron Carter and Elvin Jones join Tyner, in the kind of high quality quartet that became the norm during the label's golden age. This was one of the last albums to bear the litany of credits loved by Blue Note fans: produced by Alfred Lion; cover photo by Francis Wolff; cover design by Reid Miles; recording by Rudy Van Gelder.

With the benefit of hindsight, the Summer of Love can be seen as the beginning of the end for Blue Note. Psychedelic jazz and jazz-rock fusion were taking root, neither of which the label ever fully came to terms with. In addition, the classic look of Blue Note albums would soon be forsaken in favour of some psychedelic horrors! Most significantly, 1967 was the year Alfred Lion retired. The end of an era.