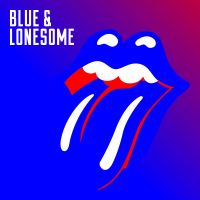 We should be clear of one thing: were it not for the British Invasion, the United States would likely not have been introduced to its own folk music as early as she was. Gospel, blues, jazz, rhythm and blues, soul, country, and rock and roll all, at least partly, depended on breaking into the lucrative lily-white commercial market (think Elvis Presley) and it took the forever-forward thinking Brits to take advantage of the musical vacuum created by American institutional racism to bring black music home to America. Hell, we would have never had Jimi Hendrix but for Great Britain.

A folk revival, with blues as a centerpiece, began in America in the 1940s and can be said to have ended the night that Bob Dylan lit up, plugged in, and tuned it up loud at the Newport Folk Festival on Sunday, July 25, 1965 (See Elijah Wald's excellent Dylan Goes Electric!: Newport, Seeger, Dylan, and the Night that Split the Sixties (Dey Street Books, 2014)). While the folk music revival may have ended then, the evolution of folk music, specifically, the blues, would enter vibrant and exciting period of exponential growth.

A year before Dylan rained on Pete Seeger's parade, the Rolling Stones released their debut recording, The Rolling Stones (England's Newest Hit Makers (London, 1964). That recording included Willie Dixon's "I Just Want to Make Love to You," Jimmy Reed's "Honest I Do," and Slim Harpo's (James Moore) "I'm a King Bee" (as well as Chuck Berry's "Carol," which would remain a mainstay of their concert book). As with British bands of the period: Alexis Korner and Blues Incorporated, John Mayall and the Bluesbreakers, Eric Burdon and the Animals, The Rolling Stones were motivated by the blues as it was presented to them in the wake of the American Folk Revival. In these bands, America's most fundamental music incubated, returning home the long way and now, America was ready to hear it en masse.

The Rolling Stones were always more about Chicago blues than any other flavor of the genre and in a brilliantly timed (if not tacitly planned) move, took off on a Chicago blues tear while recording new material in Mark Knopfler's British Grove Studios in West London during a three-day blues minge in December 2015. As what will soon be legend has it, the band was running through some new material and ran into the musical equivalent of writer's block. Keith Richards suggest that they play Marion "Little Walter" Jacobs' escatalogic interpretation of Memphis Slim's minor-key blues "Blue and Lonesome" (B-Side to 1965's "Mean Old Frisco," Checker 1117). The year previously, Richards had suggested that guitarist Ronny Wood listen to the piece. Mick Jagger found the properly pitched harmonica and the band threw the song together in two takes, one opening their recording of the same name.

Jacobs is the best represent original artist on Blue and Lonesome with four songs closely associate with him: the title piece, a stomping "Just Your Fool," (A-Side with "I Gotta Find My Baby," Checker 1013, 1960), a brisk and accurate "I Gotta Go" (B-Side to "Roller Coaster," Checker 817, 1955), and an urgent "Hate to See You Go" (B-Side to "Too Late," Checker 825, 1955). Jagger's mouth harp playing is very good (not Sugar Blue good, but good, nevertheless). He plays in the same overdriven frenzy that Jacobs pioneered 65 years ago. In many respects, Blue and Lonesome is Jagger's recording in the same way that Exile on Main St. (Rolling Stones, 1972). His singing is inspired, devoid of Jagger's sardonic tendencies demonstrated on the most recent recordings.

But Jagger is not the only one here. Keith Richards and Ronnie Wood combine to produce a terrifying sway on Magic Sam's molten "All of Your Love." Chuck Leavell contributes a succinct piano solo, while Charlie Watts sets the steady stroke. Eric Clapton is drafted from the next studio to play slide guitar on Little Johnny Taylor's "Everybody Knows About My Good Thing" and Willie Dixon's "I Can't Quit You Baby" (the most well-known song on the disc, having first been recorded by Otis Rush and, then, John Lee Hooker, John Mayall, and Led Zeppelin). Eddie Taylor's "Ride 'Em On Down" is revisited by the band, having performed it previously. Based on Bukka White's 1937 "Shake 'Em On Down" (Vocalion 3711), the song features the closest thing to Delta Blues found on Blue and Lonesome. Again Richards and Wood drive the song with Matt Clifford's Hammond B3 driving the car.

As with Eric Clapton's Up From The Cradle (Warner Brothers, 1994), Me and Mr. Johnson (Reprise, 2004), and its companion Sessions for Robert J (Reprise, 2004), the Rolling Stones made the disc they had been playing 50 years to make. That is was recorded in such a short time is evidence of the band's relationship with the music and one another. While Blue and Lonesome is authentic, its authenticity lies in the arms of the British Invasion as the bastard child of the Mississippi Delta and Chicago's Southside. This music requires no apologies and does not have to explain itself. It simple is and aren't you glad?