Wynton Marsalis and the Lincoln Center Jazz Orchestra: Blood On The Fields

By JIM SANTELLA
September 1, 1997
Sign in to view read count 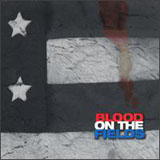 The patriotic red, white and blue packaging, the 1994 theater premier, the 1995 recording, the 1997 international tour and announcement of the Pulitzer Prize for Music have provided this three-CD presentation of Wynton Marsalis' jazz oratorio considerable publicity around the world. The team effort utilizes key solo work from everyone in the orchestra to support the libretto, which is delivered by Cassandra Wilson, Miles Griffith, and Jon Hendricks. Besides interesting trumpet work from Marsalis, there are notable statements from saxophonists Wess Anderson, James Carter, Victor Goines and Robert Stewart, trumpeters Russell Gunn and Marcus Printup, trombonists Wycliffe Gordon and Ron Westray, violinist Michael Ward, pianist Eric Reed, bassist Reginald Veal, and drummer Herlin Riley. Much like a basketball team, the orchestra members share the spotlight equally, avoid any interruption of the rhythmic action, and make every second count.

But the real stars of the show are the vocalists who deliver the tale of an African prince, forced into slavery, who finds genuine friendship from a rather common but insightful woman who has the strength to help him cope. Together they share their fate with the audience and search for ways to deal with their plight. Wilson's deep contralto matches her character; Griffith's singing, as well, matches his perplexing role; but it's the energetic Hendricks who infuses a livelier aspect of jazz with the libretto. The libretto contains many astute examples of Marsalis' charming way with words: "Soul for sale," "romance can't be sold," "talking work animals," "dog-bit, chain-burned," and "Us sold us to this damned world."

Musically, the score follows from some of Marsalis' earlier works, such as Citi Movement, In This House, On This Morning, Blue Interlude, and his string quartet "At The Octoroon Balls." In Blood On The Fields, Marsalis can be heard squeezing out the blues on "You Don't Hear No Drums." James Carter lets loose with a spiritual-tinged baritone saxophone stroll on "Plantation Coffle March." Victor Goines spins a soulful tenor saxophone solo on "Lady's Lament." Marcus Printup and Roger Ingram work out over a highly rhythmic "God Don't Like Ugly." Carter and Goines supply bass clarinet noodling as Herlin Riley states the effect of "Forty Lashes." Violinist Michael Ward provides a nice change of pace on the two "Calling The Indians Out" tracks, evoking the image of an authentic hoe-down. Alto saxophonist Wess Anderson wails on "The Sun Is Gonna Shine," and the whole orchestra sees solo action on "Back To Basics." Recommended.