By Michael Fortuna
July 1, 2001
Sign in to view read count 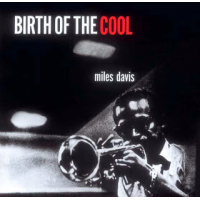 As jazz's bebop movement flourished during the late 1940s with its fast-paced rhythms from virtuosos like trumpeter Dizzy Gillespie and saxophonist Charlie Parker, trumpeter Miles Davis headed off in a new direction.

Taking cues from the innovations learned in Parker's group, Davis, along with his nonet, recorded 12 songs in a two-year span that, when released together on one album, became known as Birth of the Cool.

This landmark album has been issued on CD several times, but now Capitol Jazz/Blue Note has released a "cleaner" version, with sound engineer Rudy Van Gelder using the original source tapes during remastering.

For the three recording sessions that took place Jan. and April 1949 and March 1950, Davis used the unlikely instruments of French horn and tuba, something first brought to light by the Claude Thornhill Orchestra, of which Evans was the principal arranger.

Even though these songs clock in at an average of three minutes, the Davis nonet uses the shortened time span to create something magical.

Davis' trumpet solos are brief and don't fly at a furious rate, but you can almost hear his soul pouring out of each note on Evans' graceful arrangement of "Moon Dreams."

Mulligan and Konitz also follow the short-and-sweet-solo formula on songs like the Mulligan-penned "Jeru" and Lewis' arrangement of Denzil Best's "Move," respectively.

Birth of the Cool serves as a perfect example of how the music can evolve to create something timeless. But this wouldn't be the last time Davis started a revolution in the jazz world.