By Bruce Lindsay
February 5, 2011
Sign in to view read count 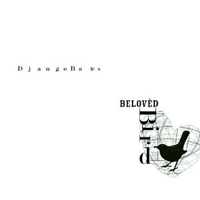 Django Bates claims that he heard Charlie Parker records on the day he was born. Fifty years later, Bates has formed Belovèd, giving life to his longstanding love for Parker's music on his trio's debut, Belovèd Bird. It's an album that ably demonstrates how love means never having to play in the same old way, for this sparklingly inventive album is not a retread of old Parker arrangements, but a reappraisal of the sound—a reconstruction based on Bates' strongly-held belief that Parker was a musician who was always willing to evolve.

Bates has been one of the UK's most respected jazz musicians for over 20 years: a member of Loose Tubes, leader of Delightful Precipice and, since 2005, a Professor at the Copenhagen Rhythmic Music Conservatory. It was in 2005 that he was asked to join in a celebration of Parker at the Copenhagen Jazz House: eventually, five years later, the arrangements he produced for that celebration form the basis for Belovèd Bird.

Belovèd's Danish rhythm section, of bassist Petter Eldh and drummer Peter Bruun, is crucial to the sound of the album. Indeed, it's their playing—strong, tight, empathetic but definitely-not-bebop—that most consistently separates Belovèd's sound from Parker's. Eldh's playing has swagger and swing, as Bruun skips and bounces across the kit. It's a great double act, a partnership exemplified by their work on "My Blue Suede Shoes." Bates plays a jagged but readily identifiable version of the melody, but Eldh and Bruun put together a slinky and seductive rhythm that genuinely recreates the tune's mood.

It's Bates, though, who is in charge. His playing is full of creativity, joy and respect for the tunes whether he's playing in a recognizably bebop style or extending and exploring the music's potential for reinvention.

Belovèd's playfulness comes across strongly on Parker's "Chi Chi." The tune opens in a distinctly free form style, then Bates picks out a more recognizable bar or two of the song's melody before Eldh takes on the lead role for another few bars. After that Eldh and Bates trade lines while Bruun dives in with some of his most bop-ish drumming.

Two short band compositions, the light and pretty ,"Punctuat-i'on" and the rather mysterious "Plasticity," punctuate the lineup of bop classics. To close, the trio stretches out Parker's light and upbeat "Ah Leu Cha" to almost 20 minutes, turning it into a languid, dream-like, meditative thing of beauty.

Belovèd Bird was recorded at the Rhythmic Music Conservatory and it sounds great. The album's packaging is striking and Bates' liner notes are a joy to read. Is this the direction Parker's evolution might have taken him on had he lived to a ripe old age? Perhaps not; but Belovèd's direction is a fascinating and beautiful one. Bird would be proud.