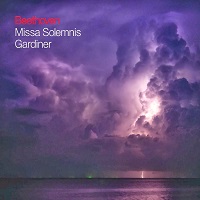 Sir John Eliot Gardiner and his Monteverdi Choir will celebrate their Golden Anniversary with a performance of Claudio Monteverdi's Vespro della Beata Vergine 1610 at King's College Cambridge on March 5, 2014. It was 50 years to-the-day, in the same venue, that Gardiner and his Choir performed the Vespers as their debut. The only thing Gardiner and his forces have done in the meantime is completely change music scholarship and performance.

Gardiner could easily divide his professional career into "before Bach Cantata Pilgrimage" and after "Bach Cantata Pilgrimage (BCP)." At the close of the 20th Century, Gardiner began the Bach Cantata Pilgrimage with the bulk of the project taking place throughout the millennial year 2000. With his Monteverdi Choir and English Baroque soloists, Gardiner performed and recorded all of Bach's surviving church cantatas over the course of the year, in proper liturgical order and at the same time marking the 250th anniversary of the composer's death. These recordings were made live in churches throughout Europe and even in the same churches where Bach had served.

The BCP provided Gardiner, who had spearheaded much of the period instrument performance movement in the 1980s, 90s and '00s, with an artistic renewal and refreshed outlook. His performances and recordings since Bach were intensely informed by the project. Gardiner's 2012 Carnegie Hall recital resulted revelatory performances of Beethoven's Fifth and Seventh Symphonies twenty years after his landmark cycle (including the Missa Solemnis) was recorded for Deutsche Grammophon's Archiv Produktion imprint. This particular Fifth and Seventh Symphonies is the first able to stand on level ground with Carlos Kleiber's monumental readings with the Vienna Philharmonic, released by Deutsche Grammophon in 1976.

Gardiner's first recording of the Missa Solemnis was recorded in 1989 and released a year later. He made the recording with his Monteverdi Choir and the period band, The English Baroque Soloists. This recording was well regarded and appears as Grammophon Magazine's choice recording. It is a powerful account, even my modern instrument standards, with robust soloists and the ever-bigger-than-life Choir. Gardiner's new account should cause that magazine a moment for pause and reconsideration. This live Missa, recorded live by the BBC at the Barbican Hall in London, 17 October 2012, closely followed Gardiner's reassessment of Bach's Motets (Soli Deo Gloria, 2012). Both recordings reflect Gardiner's revival spirit. Where the Motets (as compared to his 1993 Erato set) are bright and engaging, this new Missa is kinetic and scintillating.

Gardiner uses his historically-informed and more era- appropriate Orchestre Revolutionnaire et Romantique for this new Missa (as he did on his well-received Beethoven Nine set (Arkiv, 1994). While there exists overlap between the English Baroque Soloist (used on his earlier Missa recording), Gardiner endeavored to refine his historical performance with clearly audible results in the performance as well as the engineered sonics. Gardiner's pace for the new performance is even faster than his earlier recording at 69:58 versus 71:55, respectively. Compared to the modern instrumental performances by Klemperer (79:31), Barenboim (84:32) and Bernstein (81:00), Gardiner takes a Formula-One approach. When compared to the contemporary historically-informed performances by Philippe Herreweghe, Orchestre des Champs-Elysées (77:21, Harmonia Mundi, 1995; 75:17, PHi, 2013), Nikolaus Harnoncourt, Chamber Orchestra Of Europe (80:58, Teldec, 1993) and David Zinman, Tonhalle Orchestra Zurich (65:47, Arte Nova, 2005), Gardiner is faster, save for Zinman's telekinetic performance.

Beethoven's masterpiece is rarely programmed for live performance. It is logistically challenging, requiring a larger orchestra and choral as well as nimble soloist. It is a touchstone of the recorded repertoire, often recorded by conductors and orchestras who have previously completed the symphony cycle. Gardiner has now recorded it twice, separated by almost 20 years and his reconsideration is monumental. Gardiner discovers the majestic core of what Beethoven considered his greatest composition. Gardiner in his re-invigoration has passed it on in this white-hot, on-the-edge live performance that should, itself, become a standard by which other performances are compared.