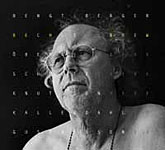 There is vorticist movement in percussion colorist Bengt Berger's music. Like a whirling fluid mass slingshot around the world—although anchored in the broad folks forms of Swedish music—it sucks in the dancing and chanting, moaning and prancing rhythmic Hindustani and Carnatic music of India and West Africa, especially that of Ghana. And it is all here on Beches Brew, one of the most spectacular records to come out of Europe in 2009. The music is sophisticated and lurid, downright earthy and sensuous yet deeply mystical, magical and mysterious, bringing the best forms of surprise, whether a combination of voice and instruments or instruments alone.

Berger directs his ensemble from behind his battery of percussion instruments, including a conventional drum set. The unique aspect of the music is that, having suggested the form and key in which it is to be played—sometimes no key or form, but just a suggested mood—Berger allows it to unfold. Saxophonist Mats Gustafsson and bassist/engineer Sigge Krantz have played with Berger before. Jonas Knutsson brings his mighty collection of saxophones and often plays counterpoint to Gustafsson when they play ensemble passages throughout the record.

At other times Knutsson and Gustafsson take turns to soar like proverbial birds, swooping in and noodling every so often. Knutsson, with his characteristic bright and son-like intonation, flutters in bursts of hot modal excursions, while Gustafsson is more breathy, dallying sensuously with the notes. Mats &#214berg plays a variety of keyboards and is a radiant soloist, while guitarist/bassist Max Schultz is a revelation, an inventive player with a sublime sense of melody. Vocalist Lindha Kallerdahl is sensational with her soaring, glacial interpretations of Tor Rasmussen's and Bjorner Torsson's poetry which she turns into beautiful lyrics. Recalling the electric edginess and ferocity of Nina Hagen, she also wails her bluesy way through tracks like "Laila" and "Dagar, Djur," the latter a modal piece based on the Hindustani raga, "Shanmukhapriya," and several other pieces of this suite.

The music swirls through and revitalizes the Swedish folk tradition with pieces such as "Gurlai Kora," a simple ostinato dappled with melodic phrases. "Nada," on the other hand, incorporates rubato phrases, which are improvised over each other. "Familjen Bra" is a wild, swinging improvisation and "Jag Palperar Platons Grotta" is a short musical statement based on Bjorner Torrson's poem, with unforgettable exchanges between the musicians. The suite also pays tribute to the music of the west of Ghana, with "New Gyil" based on the scale of the unique, wooden pentatonic funeral xylophone (ko-gyil). "Gurukul" describes the reverent environment in a traditional Indian music school.

Beches Brew in its entirety, is a wonderfully crafted suite. It is a world of music that ebbs and flows through the soul of Berger, memorably interpreted by his fellow journeymen.