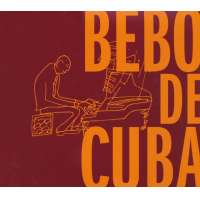 The melodies are memorable and the arrangements smooth and sophisticated. While there is a judicious amount of space allotted for the impressive soloists, including Paquito D'Rivera, Bobby Porcelli, Mario Rivera, Bobby Franceschini, and Pablo Calogero (saxophones); Diego Urcola, Ray Vega, and Mike Mossman (trumpets); and Papo Vazquéz, Luis Bonilla, and Juan Pablo Torres (trombones), the cohesive sound of the band is what makes the music such a great pleasure to hear.

The spotlight here is on the soloists (including Valdés the pianist) and the imposing percussion section, but the leader's compositions also shine, particularly the three beautiful ballads "Rose Marie, "A Mayra, and "Miriam, written for his wife and two daughters. The other selections swing tastily, including the guaguancó title track, the danza "El Quitr'on, and the descargas "Kabul and Lorenzo, "La Mula, "Da Baracutey, and "El Guajeo de Rickard, the latter dedicated to the leader's timbalero son, who appears on the track.

The bonus third disc, Cuadernos de Nueva York, is a twenty-plus minute DVD detailing Valdés' trip to the US and the making of these recordings. The documentary's subtitles (like the lavish 56-page booklet) are translated into English from the original edition's Spanish, offering an enjoyable glimpse of the affable artist, for American audiences.