BY GLENN ASTARITA
May 13, 2012
Sign in to view read count
Track review of "Over Yonder" 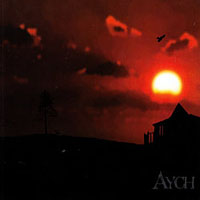 Alto saxophonist Jim Hobbs' "Over Yonder" stands out, because it would have seemed highly unlikely that the trio would flirt with traditional, New Orleans jazz frameworks within the set's largely freely organized and vastly expressive agenda. Sparking remembrances of Louis Armstrong's resonating extended notes, cornetist Taylor Ho Bynum aligns with Jim Hobbs for a bracing set of choruses, executed via a slow crawl atop guitarist Mary Halvorson's concise, and somewhat conventional rhythmic plucking. They impart a soul-stirring Big Easy vibe as the avant spectrum weaves in and out, designed with a smattering of free-form stylizations. One of the key factors pertains to the trio's carefully envisioned processes, where they don't let the traditional jazz schema override the prevailing sense of modernism. Indeed, Aych links a wealth of guileful propositions here and throughout the program.