Recorded in July 2016, at Festival Konfrontationen in Nickelsdorf, Austria, this album consists of a single track lasting fifty-two minutes, which probably represented the entire Speak Easy set at the festival. Speak Easy comprises vocalists Ute Wasserman and Phil Minton, with Thomas Lehn on analogue synthesizer and Martin Blume on drums and percussion. The quartet previously released Backchats (Creative Sources, 2009), the same year its DVD The Loft Concert was issued (see YouTube below.) As Wasserman ... 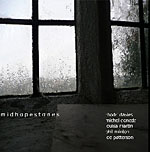 This album was recorded in January 2009 in the church of St. James the Lesser, in the village of Midhopestones near Sheffield, South Yorkshire--hence, its intriguingly uplifting title (incidentally, its track titles refer to other villages or features nearby). Maybe that recording location explains the sense of tranquility and beauty that pervades the music here. It seems as if all five players were on their best behavior as they were in church; everyone gets along well together; there is no ... 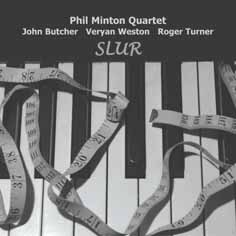 This improvising quartet first came together in the mid '90s recording Mouthfull of Ecstasy (Victo, 1996), which was inspired by author James Joyce's novel Finnegans Wake. Although, vocalist Phil Minton has for decades performed with individual members of the quartet, and since 1996 has recorded fine duos with all of them, this is only their second release together. In contrast to that first album, which integrated Joyce's words into the music, this one is entirely without words. Minton's ...

Phil Minton is virtually alone in blazing a trail for the male vocalist in freely improvised music and this is one of his very infrequent outings as a group leader. In his notes for the accompanying booklet he refers to having toyed with the idea of singing words on this disc. The fact that he could apparently see no point in doing so might just be the thing that makes this music so successful, as the intrusion of words might ... 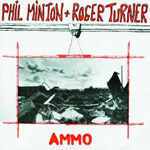 Upon its initial LP release, this 1984 improvising session turned more than a few heads. And it would take a fertile imagination for one to reconcile the duo's rendition of Monk's “'Round About Midnight with the original, for example. Armed with boyish enthusiasm, the artists pursue a wanton spirit through their surrealistic game plan. Of course, British freestyle vocalist Phil Minton is a well-known improviser since the advent of this date with his fellow countryman, percussionist Roger Turner. But this ...

Phil Minton: A Doughnut In Both Hands

This is a new release from the venerable EMANEM label which, categorically specializes in Free and Improvised music. The legendary Phil Minton has been a mainstay of the British Free Jazz movement for decades. Here, EMANEM has reissued tracks which originally appeared on Minton’s first solo effort for guitarist Fred Frith’s now defunct, “Rift” label and other tracks emanating from the early 1980’s.