Here we have a recording with a history, one which needs to be told in order to set it in context. “Tombstones" is the collective name of twenty songs composed by Michael Pisaro between 2006 and 2010 (before his marriage to Cherlyn Hsing-Hsin Liu led to his surname change to Pisaro-Liu). In 2012, eleven of those songs were released on a collectable limited-edition LP by the Human Ear Music (HEM) label, followed in 2013 by the same recordings on an ... 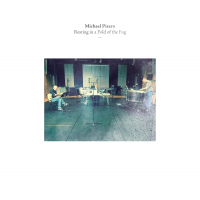 The popularity of Michael Pisaro is ongoing; the composer and guitarist now averages an impressive four releases a year, not all on Editions Wandelweiser, as was once the case, but across a variety of labels including his own Gravity Wave, and Erstwhile. Potlatch is a recent addition to the fold; this release is the second on the label to feature music composed by Michel Pisaro, following 2015's Melody, Silence (For Solo Guitar) by Chilean guitarist Cristián Alvear. ... 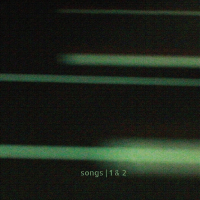 As it reaches the fifth anniversary of its first release, it seems a fitting time to reflect on how Intonema is progressing. Initially, the label attracted attention because it was based in St. Petersburg, on Russian soil, a novelty at the time. The early releases on the label featured Russian-based musicians, including the Intonema proprietors saxophonist Ilia Belorukov and bass guitarist Mikhail Ershov. Gradually the roster became more international, so that the third and fourth Intonema releases featured no Russian ... 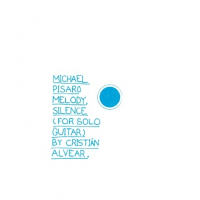 The irresistible rise of Buffalo-born composer and guitarist Michael Pisaro has been an ongoing phenomenon since the turn of the millennium. Initially, his recordings and scores were released on Edition Wandelweiser, fitting as he is a significant member of the Wandelweiser group. Gradually, like-minded labels such as Another Timbre, Cathnor, Compost & Height and Erstwhile also began issuing Pisaro recordings. More recently, his own Gravity Wave label has been issuing the lion's share of his music, culminating in the release ... 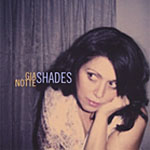 A glance at the set list for Gia Notte's Shades might initially elicit concern about another album of standards. However, fresh arrangements, a solid band, and a charming voice can make a tremendous difference between a ho-hum effort and something that warrants attention. Notte, born Margie but using the nickname Gia, began with piano and voice training at 12. She later developed a taste for performing in various genres. Her debut release, Just You, Just Me, and Friends-- ...