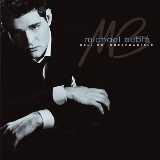 Once in a while, you come across an artist who seemingly can do no wrong. Michael Bublé is such an artist. Charismatic, talented and just plain good, the Canadian singer has a way of making every song seem golden. With a recording career that began in 2003, Bublé has sold more than eleven million copies, establishing him as one of the most popular jazz artists in North America, if not the world. He has been nominated for a ... 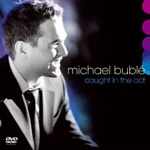 Bublé stays on the front lines with his fourth CD, Caught in the Act. It's his second live effort which, like Come Fly With Me, is supplemented ...

Michael Bublé has got momentum and is showing no signs of slowing up. The young singer has gotten a lot of attention in his short recording career. It doesn't hurt that he's getting plenty of promotional assistance from his label, 143/Reprise, a division of Warner Bros. Sadly, that can't be said for many jazz artists. Still, Bublé is making hay with the opportunities afforded him.On It's Time, he offers thirteen fresh tracks, including his original “Home, and dazzling ... What fans will really love, ...