Los Lobos Barre Opera House Barre, Vermont January 28, 2017 Without playing virtually any of their best known material-no “La Bamba" or “How Will the Wolf Survive?"-Los Lobos thoroughly charmed and eventually won the hearts (and minds no doubt) of a Vermont crowd January 28. This even after a “Wanna get away moment?" for guitarist Cesar Rosas when, early in the evening, he came right out and asked his audience where he and his bandmates ...

Los Lobos Dream in Blue Chris Morris 182 Pages ISBN: # 029274823X University of Texas Press 2015 The best books about music and musicians are a direct reflection of their subjects and Chris Morris' chronicle on Los Lobos, Dream in Blue, is just such a book. Like the best sets by the band itself, the story moves with no little momentum through its one-hundred eighty-two pages because the author recounts the evolution of ...

Los Lobos at The Flynn Center for The Performing Arts

Los Lobos The Flynn Center for the Performing Arts Burlington VT October 1, 2014 Los Lobos are celebrating four decades together by returning to their acoustic roots on tour in support of their live release of late last year, Disconnected in New York (Shout Factory, 2013). And the band certainly celebrated on their return to Burlington after a five year absence, offering an progressively loose and raucous performance that nevertheless never lost its decidedly intimate ... 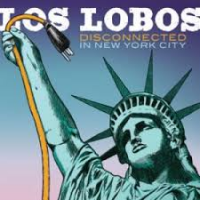 Recorded within the intimate confines of the Big Apple's City Winery in December 2012, Disconnected in New York City finds Los Lobos' simultaneously recognizing, anticipating and celebrating its fortieth anniversary as a band. Little wonder the performances are so sparkling on the three discs within the 'Deluxe Edition,' potent beyond their somewhat abbreviated duration. The main recording is also available as a single cd, and carries comparably more force by dint of its length alone: a baker's dozen ... 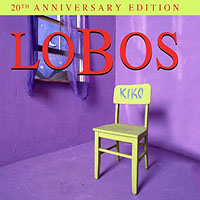 In the twenty years since the release of Kiko, Los Lobos has made albums equally brilliant--The Town and The City (Mammoth, 2006) for instance--but it has never made one better. This eighth album from the East Los Angeles band, in fact, stands as a template for all subsequent Los Lobos albums (hear 2011's Tin Can Trust) in its seamless blend of eclectic musical styles, evocative lyrics, creative production and the savvy, seasoned musicianship.The album is a unified song cycle which ...

With a career now well into its fourth decade, and with a discography heavy on hits and light on misses, there are still sure to be certain recordings that stand out amidst a growing catalog. Yet, when Los Lobos released Kiko (Warner Bros.) in 1992, it had an album that not only stood out--if for no other reason than completely reinventing what the group was capable of and raising the bar for every album that followed, right up to its ...

Los Lobos Kiko: 20th Anniversary Edition Shout! Factory 2012 Looking over the punk-era rise of Los Angeles roots rock, reveals an embarrassment of musical riches. The prototypical outfit was The Blasters, a literate working class rockabilly-tinged barband whose songs (written by Dave Alvin) were knowing, compassionate stories of real American life, and they inspired a movement of imitators. Then there was X, fronted by the husband/wife team of John Doe and Exene Cervanka, whose punk ...