One of the strengths of Marc Free's Posi-Tone imprimatur is that it is responsible for introducing us to many great and upcoming jazz artists. Drummer Jordan Young is a Detroit native who has studied with some of the best of the modern-day masters and is making a name for himself in New York. His sophomore release for Posi-Tone, Jazz Jukebox, is a bristling thirteen-track collection that lives up to its name. There's a nice smattering of standards, pop ditties, and ...

The predominance of the jukebox in social situations is essentially a thing of the past. But how much has really changed? Those once-ubiquitous machines that brought musical happiness to the good people in corner bars and diners throughout the land may have vanished, but the concept they put forward has not. It's simply been modernized, with shuffling playlists, random streaming, curated listening parties, and smartly programmed albums like this now carrying the jukebox flame and furthering the mix-it-up musical formula. ...

Drummer Jordan Young took the organ quartet outside of its stylistic comfort zone on his debut, Jordan Young Group (Self Produced, 2010), and continues to carve his own path within this format on this enjoyable follow-up. Young reconvenes the quartet from his first leader date, with Avi Rothbard taking the place of guitarist Yotam Silberstein, and puts together an appealing, covers-heavy program that speaks to his musical likes and varied interests. The standard, greasy blues numbers that ...

The Jordan Young Group is a terrific CD full of swing, spot-on timing, and beautiful melodies. The substitution of organist Brian Charette and guitarist Yotam Silberstein for the usual quartet line-up of bass and piano gives drummer Young's group a sonorous, spacious sound, and the disc's tasteful song selection nicely displays the musicians' considerable gifts. “JF Blues" is one of the album's best tracks, with the rich feel of classic Blue Note hard bop despite being an ... 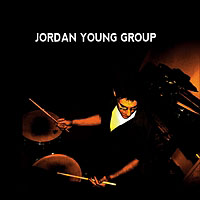 It's too early to tell if drummer Jordan Young's music will stand the test of time, but it's already evident that this isn't just a run-of-the-mill organ-based album. Rather than an all-too common blues-saturated affair, Young has made some wise choices, with repertoire selection topping the list. In fact, tenor saxophonist Joe Sucato's lone contribution, “JF Blues," is the album's only soulful, blues-based number. By the time it arrives, two-thirds of the way through the program, Young has already covered ...

At best, the Jordan Young Group cooks like one of those hard bop organ-led outfits of the 1960s. At worst it PiNGs. The “PiNGs" are short clips from a long improvisation, credited on the sleeve as a composition by its initiator, organist Brian Charette, who calls it “a song with no consequences." Young says, “I felt a strong sense that there were different sections to it, and had the idea to break it up into four interlude-like sections."

The Brooklyn-based Jordan Young Group has an unusual lineup featuring drummer Young, guitarist Yotam Silberstein, saxophonist Joe Sucato and organist Brian Charette. Self-described as an organ group, Jimmy Smith and Jack McDuff are cited among its influences. Organ has been part of jazz since the Fats Waller days, but has never had an ongoing prominent role in the genre. In large part, the sustained harmonics of the organ limit its scope in music that is fundamentally rooted in the flexibility ...