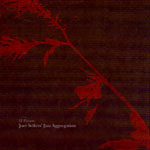 In reviewing an album such as El Payaso, it is perhaps best to separate the performance from the music. The performance is quite good; as these dozen gentlemen are first-class musicians from the Big Apple, one would expect no less. As for the music, it is on the whole bright and enterprising, reminiscent of themes by Anthony Braxton, Carla Bley, Henry Threadgill, George Gruntz, David Murray, Pierre Dorgé, Vinny Golia (for whose label it was recorded) and other cutting-edge composers. ...