This week, the early '70s live LPs of The Giants of Jazz (Gillespie, Monk, Blakey, Stitt), then celebrate the birth week of David S. Ware, and finally, we'll surround ourselves with the sounds of the Maria Schnyder Orchestra. Playlist Thelonious Monk “Esistrophy (Theme)" from Live at the It Club-Complete (Columbia) 01:00 Rosemary Clooney, and Duke Ellington and his Orchestra “Hey Baby" from Blue Rose (Columbia) 02:15 Ethel Ennis “Only Have Eyes for You" from Eyes for You (RCA ...

This week there is a focus on new releases from Ted Quinlan, David S. Ware, Nicolás Boccanera and Land of Kush. Other recent releases are on the playlist. Absolutely Dreaming is the latest release from Toronto jazz guitarist Ted Quinlan, who is a veteran of the Canadian jazz scene. It combines his deep roots in the tradition with an adventurous spirit and an eclectic point of view. He is joined by his longtime musical cohorts, pianist Brian Dickinson, bassist Kieran ...

In 2008, when this live concert was recorded, saxophonist David S. Ware was ill, but concert goers would have no idea of this fact. He has been suffering, since 1999 from kidney failure and eventually had a kidney transplant in 2009. Ware and the latest configuration of his quartet traveled to Toulouse, France, just a few weeks after recording the studio album Shakti (AUM Fidelity, 2008) in Brooklyn. By the same token, listeners of that release had no idea of ...

One night on earth David S. Ware was here. Blowing at the Blue Note on October 4, 2010, but it could have been October 4, 2090. Years ahead of his time or perhaps just outside of it, he took his alto saxophone and played. Fully formed compositions never named, but caught eternally on tape. David S. Ware was known as a tenor saxophonist with a big, earthshaking sound of fragile beauty, but this time he took the ... 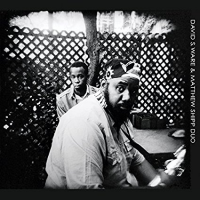 Saxophonist and composer, David S. Ware (1949-2012), was one of the most original voices in modern jazz and his uncompromising approach to his art was deeply connected with a spiritual understanding of life. To Ware, playing and listening to music were different aspects of the essence of life. Ware left behind a rich discography and, fortunately, new musical treasures are still coming. One of them is a live recording from Sant'Anna Arresi with his long-term-collaborator, the pianist, ...

Every record label needs a beginning, a first release, but it is seldom that the initial release is a masterpiece. However, this is the case with Wisdom of Uncertainty, saxophonist David S. Ware's album from 1997, which was the inaugural release of Steven Joerg's AUM Fidelity imprint. The name of the label is inspired by Charles Mingus' iconic album Mingus Ah Um. Referencing one of the all-time classics in jazz history, Joerg set the bar high for ... 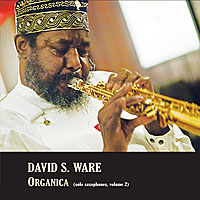 As the follow up to saxophonist David S. Ware's lauded Saturnian (Solo Saxophones, Volume 1) (AUM Fidelity, 2010) studio session, this second volume comprises two entire concerts documented in March and November 2010, each pairing matching titled cuts on sopranino and tenor saxophones. If the previous album served to demonstrate that the reedman's solo powers were undimmed, Volume 2 not only affirms that situation, but goes further in showing reservoirs of interior focus and invention that are stronger ...