Guitarist Chris Jentsch's newest project is a suite that treats various periods of American history to a somewhat skeptical, alternative viewpoint. It doesn't attempt to tell a chronological story but instead hopscotches through topics like the Civil War, Westward Expansion, the Cold War and post-World War II suburban sprawl with a constant sense of unease and caution. Jentsch uses a nine-piece group here, giving him room to play with brass and reed voicings as well as feature his ...

Brooklyn-based guitarist / composer Chris Jentsch writes with clear images in mind and invites the listener to see and hear them as he does. On his sixth and latest CD, Jentsch draws on a longstanding interest in historical events and trends to describe in musical terms Topics in American History ranging from 1491 (the year before Europeans led by Christopher Columbus landed in the New World and changed the North American continent forever) to the harrowing decades of the Cold ...

Don't let the album's title fool you. Guitarist/composer Chris Jentsch's Topics In American History isn't a disguised syllabus for a college seminar. Jentsch's liner notes reveal an abiding interest in American history, but his modus operandi is to use pivotal aspects of the nation's past as springboards for creative, immersive music. Although using just a nine-piece band, Jentsch's compositions feel designed for a larger unit, and they certainly do justice to the sweeping tableau of America's rich--and sometimes fraught--legacy. 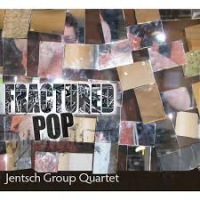 Chris Jentsch is a guitarist who, from the evidence of this recording, enjoys splashing around in the wide pool of music between jazz and rock. His work here goes all the way from grooving hardcore jazz to ambient nature sounds with a lot of fun things going on in between those two poles. The title track starts out on a folkish acoustic guitar riff joined to Matt Renzi's climbing tenor sax, establishing an overall style of jazz improvisation ...

Chris Jentsch: Cycles and Reflecting on the Journey

John Coltrane once said, “Let the music speak for itself." The guitarist/composer and band leader Christopher Jentsch adds an interesting twist on that subject by opting to describe himself when asked about the broader subject of how to capture his music in his own words. “I think of myself as a composer/guitarist working with contemporary improvisational forms on the fringe of jazz, but jazz that is inclusive of rock/pop, world music and classical genres. I also strive generally for a ...

Guitarist/composer/arranger Chris Jentsch has produced a highly original forty-five minute work in the titular Brooklyn Suite, as well as two other new compositions. Jentsch has lived in the New York borough of Brooklyn since 1999 and pays homage to the sights and sounds of his adopted home. Jentsch did the same for another city on Miami Suite (Blue Schist, 1999).

Brooklyn Suite is an ambitious work, impressive in its creativity. The influence of the orchestral writing ...

A resurgence and appreciation of large ensemble jazz suites is on the rise, as witnessed in the acclaim attending recordings such as the Maria Schneider Orchestra's Grammy nominated Sky Blue(ArtistShare,2007). But while scores for larger collectives are not unusual, it is less common to find them centered on orchestra and guitar. Enter Brooklyn Suite by guitarist/composer, Chris Jentsch, who helms just such a group, articulating his statement of “what my life sounds like" in Brooklyn, New York. ...