Part 1 | Part 2 The place in jazz history held by Creed Taylor is impeccable, stylish, and essential. He produced some of the best music for some of the best labels dedicated to jazz, then formed his own label and with meticulous preparation and his musician's ear kept on making great jazz records. Taylor began as a producer for Bethlehem Records, where his work with Charles Mingus stands among the label's best. In 1960, ... 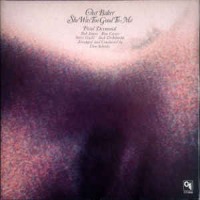 Few jazz producers divide opinion as much as Creed Taylor. He is a hero to many and a villain to as many more. His fans love him for his high production values. His detractors accuse him of dumbing jazz down with excessively sweetened orchestrations and other sales-oriented compromises. Nowhere is the dispute more heated than over Taylor's output for his own CTI label, which spanned jazz-funk, fusion, hard bop and post-bop straight-ahead. Taylor cut his teeth in ...

Aside from a new album by a favourite musician, few things hold so much promise as the release of a previously unavailable recording—and if it comes up to expectations, rather than being a barrel-scraping exercise, one has lucked out. Live In Paris: The Radio France Recordings 1983 -1984 hits the sweet spot. Available as a 3 x LP box set from April 23, 2022, which is Record Store Day, and a week later as a 2 x CD box, these ...

Here are three releases of newly discovered material by iconic jazz musicians from the '50s and '60s. Two fall in line with the leaders' established legacies while the third presents its subject in surprising company. The Dave Brubeck Quartet Time OutTakes Brubeck Editions 2020 This CD consists of previously unreleased takes from the recording sessions for Dave Brubeck's classic album, Time Out (Columbia, 1959). Most of these versions stick to the ...

Quintet Session is the second of two albums the trumpeter Chet Baker recorded in Stuttgart, Germany with the vibraphonist Wolfgang Lackerschmid in 1979. It was originally released as Chet Baker / Wolfgang Lackerschmid (Sandra Music, 1980). The combination worked well on the first session, which produced the lovely Ballads For Two (Sandra Music, 1979), and almost as well on the second session, nine months later. The fly in the ointment second time out was Baker's German tour ...

Chet Baker was born to a farmer's daughter and a hard-drinking, weed-smoking singer and guitarist in a Western Swing band in Yale, Oklahoma in 1929. Like many Okies, the family fared badly during the Great Depression but did a little better after moving to Glendale, California in 1939. Largely self-taught as a trumpeter, Baker honed his skills playing in an army band after volunteering for military service in the mid 1940s. By the turn of the decade, he was making ... 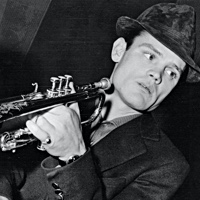 I first met the Baker family at Chet's funeral back in 1988. I took my kids out of school and went with my partner, Fonje, to the Los Angeles Cemetery. I had heard about the funeral from our local jazz station and with a big sense of duty to Chet Baker's memory, headed north on the 405 freeway. I remember thinking, this is huge, everyone will be there, everyone in jazz. Having known virtually nothing about the family or all ...