Part 1 | Part 2 This portrait of Portuguese fine artist Rita Draper Frazão is related to the recent Carte Blanche of percussionist Hamid Drake's at Amsterdam Bimhuis (read my February 2016 review). As a collaborative follow-up this article is published together with a series of portraits Rita Draper Frazão created of musician and others involved in or related to the Carte Blanche of Hamid Drake: From Chaos To A Dancing Star. This is Part 2 of my ... 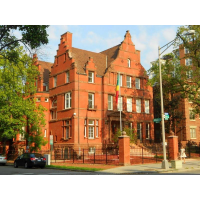 Throughout the passageways of my youth, perhaps no other voice was as critically important. When I questioned my own existence in a predominantly white school and community, it was his voice and music that carried me through. During my saddest and most vulnerable moments, he filled me with hope and the strength to face another day. When I was locked inside the torments of my own mind, he would free me from the shackles of despair. The Reverend Andrew Young ...

The Bridge School Benefit has become one of America's most anticipated annual musical events. Promoted by Pegi and Neil Young, to assist children with severe physical impairments and complex communication needs, this year's two day benefit promised to be one of the most remarkable of its 24 year history. With the first reunion of Buffalo Springfield in 42 years, it didn't disappoint. In 1986, Pegi and Neil sought an education for their son, Ben who was born ...

Over the past 90 years, a music scene has been developing in the northwest corner of the US that has provided a fertile imprint on jazz. It may not be as critically important within a historical context as that of New York and New Orleans, but Seattle has a landscape that has been developed and nurtured by the caring and delicate hands of a diversity of creative individuals. It has developed its own abstract voice, its own individual personality and ...