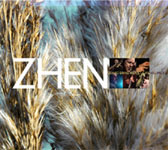 Zhen feels like an important record: the compositions make big impressions, the playing is intense, and the sound is joyous. On this live set, we are listening to David Braid's regular sextet, which has been together since 2001 and was recently heard on Vivid (2004). That album, together with Mnemosyne's March (2006), another live album with Braid and Mike Murley, and Zhen, paints a picture of Braid as a player and composer who is growing astonishingly quickly. ...

In the two years since Vivid: The David Braid Sextet Live, the pianist has been involved in an increasing number of projects. This year has been particularly busy, with the release of the Murley/Braid Quartet's Mnemosyne's March (Cornerstone, 2006) and Beginnings (Nimmons 'n' Music, 2006), a spontaneous series of improvisations with Canadian clarinet legend Phil Nimmons. But it's Braid's sextet that manages to pull out all the stops in terms of energy and excitement, making Zhen: David Braid Sextet Live ... 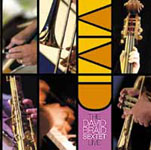 When the David Braid Sextet played at the 2003 Ottawa International Jazz Festival, the group nearly upstaged the headlining Yellowjackets. Sure, it was a bit like comparing apples and oranges, but Braid's deceptive compositions were intriguing in their accessibility given their complex nature of shifting meters and feels. And while the virtuosity of Yellowjackets is without question, many of Braid's compatriots demonstrated a similar penchant for muscular yet lyrical improvisation. This first impression of Braid was only confirmed when he ...