Grateful Dead, the second album of concert recordings released by the iconic band for Warner Brothers Records, resides squarely in the sweet spot between the expansive likes of its corollary, Live Dead (Warner Bros., 1969) and the economical studio recordings this group issued in between, Workingman's Dead (Warner Bros., 1970) and American Beauty (Warner Bros., 1970). Likewise, this 50th Anniversary Edition not only expands upon the original title, appearing remastered by engineer David Glasser to great effect (more full and ... 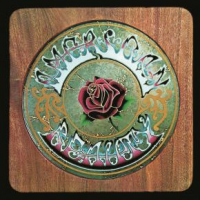 If it's true the Grateful Dead epitomize the counter culture of the Sixties, it's also true the iconic group embraced the following decade on its very own terms, at least at the outset of the period. Workingman's Dead (Warner Bros., 1970) represents an authoritative and confident statement of artistic purpose, while its companion piece, American Beauty (Warner Bros., 1970), is an even more staunch and exquisite declaration of style, one based on folk and country roots almost diametrically opposed to ... 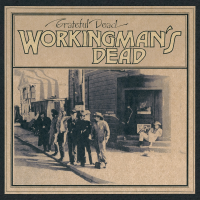 Released on-line around the time of the fiftieth anniversary of the release of Workingman's Dead (Warner Bros., 1970), The Angel's Share of over two-and-a-half hours of unreleased studio outtakes and fly-on-the wall conversations from the recording sessions somewhat give the lie to the expeditious cost-effective time the Grateful Dead spent recording their landmark album. But it's a profound paradox that the delicious simplicity the likes of which permeates the iconic band's fourth studio effort is usually the result of meticulous ...

A date for your diary... 18 September 2020. That is when Atlantic / Rhino releases two cracking new editions of John Coltrane's first landmark album, Giant Steps (Atlantic, 1960). The main event is enhanced audio quality, which has noticeably more presence than any previous reissue. The double CD and vinyl Remastered Edition and digital-only Super Deluxe Edition consist of material which has been newly remastered by John Webber at Air Studios in London. The Remastered Edition includes ...

Grateful Dead: Ready Or Not

The curators of the Grateful Dead's Ready Or Not have done the band a favor in producing this title. The band's own attempts were futile in recording a studio followup to Built to Last (Arista, 1989), but the group nonetheless kept composing new material and playing it in concert during their final years of touring. Captured from the stage between 1992 and 1995 at various locations by engineers Dan Healy and John Cutler (then mastered by David Glasser), ... 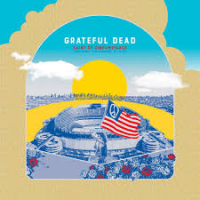 Hearing Grateful Dead's Saint of Circumstance is a significantly different experience than seeing it. Both the audio and video recordings of Giants Stadium June 17, 1991 are part of a larger box set, appropriately subtitled Shall We Go, You and I, While We Can? (Rhino, 2019). But the film, featured as last year's annual 'Meetup at the Movies' theatrical screenings, posits a Jerry Garcia in marked contrast to the figure of years just prior, as captured, for instance, on Crimson ...

The 50th Anniversary Deluxe Edition of The Doors' The Soft Parade might well be reconfigured to a great degree without sacrificing its multi-configuration format. In doing so, this milestone package would then even more vividly depict this turbulent period in the iconic band's history. Even as it is, however, the existing combination of compact disc and vinyl brings clarity to a controversial entry in the Doors' early discography. Given that the previously-unreleased content on CD two runs roughly ...