Although they are primarily known for their gold CD reissue program and multi-channel SACDs, the Audio Fidelity firm has recently plunged into the vinyl market with a small number of titles. These limited edition 180 gram pressings are remastered by Kevin Gray at Cohearent Audio and packaged in glossy gatefold covers. Tapping into some music not usually associated with audiophile editions, Audio Fidelity's most recent batch of releases wisely includes the superlative 1982 release Passion, Grace, and Fire by guitar ... 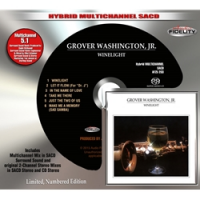 When Grover Washington, Jr. passed away in 1999 the jazz world lost one of its most successful and talented creators, and in his wake a slew of saxophonists have stepped up to fill the void. None have. jny: Philadelphia jazz deejay Bob Perkins said, of Washington, a native of the City of Brotherly Love, “He was the originator of smooth jazz, and all the rest--Najee, Kenny G--followed him." It is absolutely true that Washington was, along with George ... 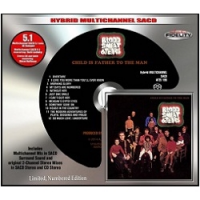 Back in the 1960s, keyboardist, vocalist Al Kooper played a prominent role as a coordinator and innovator in the flourishing blues, pop and rock idioms. He played the Hammond organ part on Bob Dylan's “ perennial classic “Like a Rolling Stone," and recorded with wunderkind guitarist Mike Bloomfield, leading to the highly revered Super Session (Columbia, 1968) album also featuring guitarist Stephen Stills, and was a member of the Blues Project. He's also a fabled session artist and scored soundtracks ... 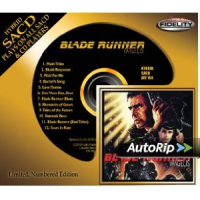 At its worst, the music of Greek composer and multi-instrumentalist Vangelis is full of sounds and furies that signify absolutely nothing. At its best, his recordings incorporate many types of sounds and beautiful and memorable melodies that nod in the direction of a number of different musical styles without destroying the overall mood of his records. Certainly, he is one of the great popularizers of the synthesizer, and the first to win an Oscar for his completely synthetisized score to ... 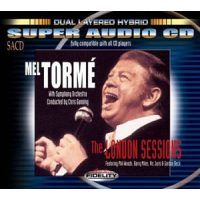 Professionalism, I suppose, implies the ability to perform to the best of one's ability in spite of whatever obstacles are placed in one's path. In June 1977, when the late Mel Tormé recorded the songs that comprise The London Sessions, he relates that he was nervous, apprehensive, and nearly exhausted after a long flight from jny: New York City, and preoccupied by thoughts of a soon-to-be-held divorce trial that would end his ten-year marriage to an Englishwoman. Nevertheless, ...

The Holy Trinity of great fusion guitarists must assuredly be John McLaughlin, Pat Metheny and Al DiMeola. This two-disc “Anthology” collects the best tracks from seven of DiMeola’s Columbia albums between 1975 and 1983, along with four previously unreleased live tracks. Since DiMeola turned out so much uniformly excellent music for the label in that period, this collection is a fine starting point for anyone interested in pursuing the guitarist’s work. Clearly represented are his myriad Latin influences, speed-picking prowess ...