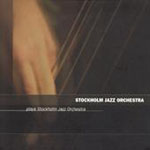 The Stockholm Jazz Orchestra is a world class outfit. Led by veteran trumpet player Fredrik Noren and featuring arrangements by Chicago pianist Jim McNeely, its members come from all over Sweden and beyond in a fascinating meeting of generations. Consider, if you will, the trumpet section where grey-haired, moustachioed Gustavo Bergalli, born 1940 in Buenos Aires (ex-Michel Legrand and Gato Barbieri), sits alongside Karl Olandersson, born 1978, who with his pin-up boy looks and occasional vocals, reminds you of a ... 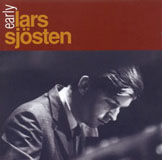 In 1972, pianist Lars Sjösten was invited by STIM (the Swedish Performing Rights Society) to record an album under his name, comprised entirely of Swedish songs. The vinyl LP, released that year as Gutår, encompasses the first ten tracks on Early. The others, no doubt appended in part to increase the CD's playing time, were recorded two years earlier as part of another album, Svenskblandning, with the exception of track eleven, a three-part suite entitled “De Röda Bilarna (The Red ...

By 1953-54, when these sessions were recorded in Stockholm, pianist Bengt Hallberg had been a resplendent star on the Swedish jazz scene for more than half a dozen years. Unremarkable, one might surmise, until he learns that Hallberg turned twenty-two on September 13, 1954, by which time he had already won a nationwide competition for young composers and recorded with such American stars as saxophonist Stan Getz and trumpeter Clifford Brown.

Hallberg was a fifteen-year-old high ...

Anyone who has been paying attention should be well aware of my stance toward the late Swedish saxophonist Lars Gullin. In reviewing Volume 8 of Dragon's loosely chronological multi-disc survey of Gullin's music, I wrote that he was “a giant among baritone saxophonists, a “truly original voice and “one of the greatest jazz musicians who ever lived. No ambiguity there, and Volume 9, covering the years 1954-56, explicitly reinforces that opinion.

Dragon Records continues its quasi-chronological survey of music by the great Swedish baritone saxophonist Lars Gullin with Volume 8, scanning the years 1953-55. (Volume 2, Modern Sounds, is devoted entirely to recordings made in 1953, while Volumes 7 and 3 review the years 1951-53 and 1954-55, respectively.) Unlike previous volumes, which have included guest appearances by such well-known American jazz artists as Chet Baker, Zoot Sims, Lee Konitz, James Moody and Stan Getz along with Swedish stars Arne Domnérus, Rolf ...

This is the second volume by the Stockholm Jazz Orchestra of compositions and arrangements by its talented pianist, Göran Strandberg, following 2000's Lakes (Dragon). As on that earlier album, much of the music is Strandberg's, with half a dozen of his original works complementing inventive arrangements of Harold Arlen's “Come Rain or Come Shine, Jerome Kern's “Yesterdays, Johnny Mandel's “The Shadow of Your Smile and Carla Bley's “Flags.

Strandberg's fertile imagination is conspicuous at the outset with an elliptical approach ...

Whatever else one thinks of Swedish pianist Per Henrik Wallin, one thing must be conceded--he has assuredly developed a style of his own, which is quite evident on this album recorded by his trio nearly two decades ago. Little wonder that he has been described in the Penguin Guide to Jazz on CD as “a European original."

Stylistically, Wallin is a modernist who hasn't forsaken the roots of jazz, and there are echoes in his playing of everyone from Art ...