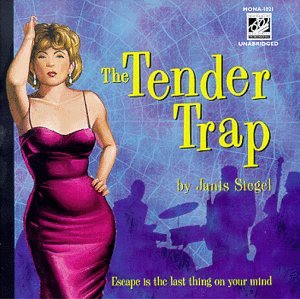 Not to be confused with lounge singer Janet Seidel, Janis Siegel has framed her volume of the Great American Songbook as an “unabridged" pulp novel. Unfortunately, some of it should have been abridged. The album opens with an over-faded version of “Old Black Magic," skims along the musical waves of “My Ship," gets caught in the title track and then tries a change with a frilly and trilly “Change Partners." However, it is not until the misogynistic blues of “I ...

Tribute albums are all the rage these days, so Monarch Records has release Modern Mancini – Tribute to a Music Master under the mysterious moniker “The Crown Project.” Henry Mancini was undoubtedly one of the foremost film and TV scorers, with nearly 80 film scores, four Oscars, and twenty Grammies to his credit, yet one doesn’t have to look too far into his compositions to see his jazz sensibilities at work. Had Mancini not focused so much of his time ...

The combination of Janis Siegel’s vocal creativity and Fred Hersch’s imaginative supporting arrangements makes this album take off. Recorded in an intimate trio setting with various guest artists, the album lets its stars shine brightly. A gifted pianist, who began playing at the age of four, Hersch has taught at the New England Conservatory of Music and is widely regarded as an exceptionally creative artist. Siegel first sang professionally at the age of 12 and played folk songs on guitar ...

Righteous Chops!. I can think of three major female guitarists: Leni Stern, Emily Remler, and Mimi Fox. Fox turns out to be the least know, making her a very well-kept secret. When I first listened to Kick, I heard a Joe Pass speed and precision with a Wes Montgomery round tone. Fox opens her disc with the venerable “Cherokee”, the song that began the Be Bop revolution with Charlie Parker. Ther is no slow burn here. She follows this war-horse ...

Unfortunately, Mimi Fox is one of only a few female guitarists in jazz. Only Leni Stern and the late, lamented Emily Remler seem to have broken through that male-dominated stranglehold. But Kicks, Fox's latest disc and her third as a leader, places the guitarist in star-studded company to firmly announce that, yes, she too can play - and hold her own -- with the big boys.Fox is an especially good player, giving Kicks an appeal that you'll want ...

Not many string-benders are as talented as Mimi Fox, a San Francisco-based musician with a strong sense of swing and a clean, economical style.A former student of Bruce Forman's, Fox shares more qualities with her bop-minded mentor than with the majority of male jazz guitarists in her age group who have adopted a more electronically processed, rock-influenced sound. Kicks is Fox's second release, and it features a strong supporting cast, including Russell Ferrante (keys) and Will ...

Dave Ellis: In The Long Run

The biography at http://www.monarchrecords.com/bio-ellis.html refers to saxophonist Dave Ellis as a “30-year-old rising-star saxophonist" who offers a variety of styles and preferences. The Monarch web site also includes samples from each of the tracks on In The Long Run. His early experience and few recordings only show the surface of what Ellis can do. His two Monarch recordings have proven that Dave Ellis is a “talent deserving wider recognition."

“The Waterbearer," written by Mingus Amungus pianist Muziki Roberson, is one ...