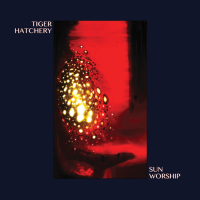 The Chicagoan power-jazz trio Tiger Hatchery debut mini- album is released on ESP-Disk, the label that was the most influential free jazz label in the mid-sixties. So it is no coincidence that Tiger Hatchery are influenced by Albert Ayler's seminal album Spiritual Unity, the first album that ESP-Disk released, as well as other high-octane trios like the recent ones of Peter Brötzmann--Full Blast and Trio Roma--or the Scandinavian trio The Thing, adding a noisy, rock edge to their sonic mayhem. ...