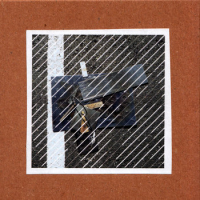 On its surface, Cross The Center may seem like a guitar/drums free jazz freakout. This perplexingly named group from the Pacific Northwest, like their homies Dylan Carlson, SUNN)))000, and The Melvins, proves convincingly that it is possible to freak out with great intelligence, wit and skill. Sure, the electric guitars of Simon Henneman and C. J. Stout are predominantly distorted, detuned, and otherwise abused in order to make those otherworldly sounds. Behind this phalanx of plugged-in madness, Gregg Keplinger thrashes ...