BY TROY COLLINS
November 14, 2016
Sign in to view read count 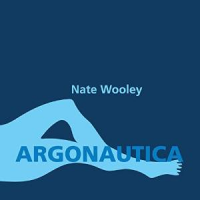 Argonautica reveals a subtle new facet in Nate Wooley's eclectic discography. A celebrated leader of the new trumpet scene, Wooley has expanded the instrument's language by incorporating innovative extended techniques into his bold improvisations. Most of his work has fallen under the banner of lower-case improv, noise or advanced post-bop, but little of his prior output has found commonality within the realm of fusion—until now.

Dedicated to Ron Miles, Wooley's mentor, the titular composition eschews the Americana influence of Miles' recent efforts, although it does bear some similarities to his genre-defying early work for the now defunct Grammavision label. An analog to the epic poem of the same name, the music ebbs and flows through three oblique movements: an abstract opening section underscored by rambunctious, deconstructed funk grooves; an impressionistic middle dominated by balladic interplay and pointillist experimentation; and a hypnotic finale of psychedelic proportions, buttressed by anthemic unisons and a driving minimalist pulse.