By ELLIOTT SIMON
October 14, 2007
Sign in to view read count
A relative newcomer to the ranks of artist-driven jazz labels, Anzic Records is already a confluence for a new breed of musician: one who wants to be involved in all stages of a recording, from conception through distribution. While most so-called 'artist collectives' may serve their members through creative freedom, Anzic takes it to the next level by also opening up the business side of the industry. Founded by NYC philanthropist and businessman Colin Negrych with clarinetist/saxophonist Anat Cohen, Anzic has provided a home for young musicians who, like Cohen, are not only creative but want involvement in what happens after a session is recorded. 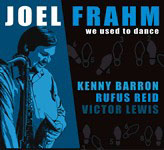 General Manager and arranger/conductor Oded Lev-Ari sums up the philosophy as follows, "One of the things that seems appropriate to me today is to try to obliterate the disconnect between the commercial side and the artistic side; not necessarily by changing the music that is being done but by having the artist understand what the current market conditions are... The basic belief in the heart of this is that the music that we make does have an audience that is not best served by the music industry as it exists now."

The outcome of their approach thus far has been stunning success, particularly for projects that may not fit into standard jazz categories. Cohen, the 'An' in Anzic, has released three recordings that boast a playing style, most noticeably on clarinet, that elegantly intertwines swing, Middle-Eastern and New Orleans in varying orchestrated environments. Her first session as a leader, Place and Time (2005) was a passionate smorgasbord of international influences that included South America, Israel and New York, played in quartet and quintet formats. Cohen is enthusiastic about what the Anzic approach has meant to her thus far: "Anzic gave me vision. The owner of the company is an incredible human being who taught me a great deal about people, business and music. When he has a new idea...he would first get excited about it, explore every possible aspect of it with great positive attitude and the last thing will be...how to do it. Ideas have no obstacles, only execution!" 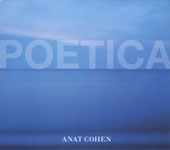 In that spirit, two releases followed that superbly showcased the music in ever more ambitious contexts. Poetica (2007) has Cohen leading a quartet—pianist Jason Lindner, bassist Omer Avital and drummer Daniel Freedman—inspired by a diverse international palette. A string quartet adds a regal air with wonderful arrangements that expose the music's beautiful patina. Perhaps most ambitious though is Noir (2007), Cohen's horn in the middle of the Anzic Orchestra for a similarly international song selection with arrangements by Lev-Ari.

With several musicians from Israel, including Cohen's two brothers, saxophonist Yuval and trumpeter Avishai, openness to a variety of musics permeates other releases. Lev-Ari commented on developing in a musically heterogeneous setting: "Growing up in Israel you are exposed to maybe sounds that you do not hear in the United States or maybe not in concentrations that you have anywhere else. You have Moroccan music, Yemenite music, Western classical music and of course you have jazz."

Cohen echoes this, "I find the Israeli musicians...are dedicated to their instruments and to the tradition of this American art form called jazz. I do notice that many of them are not afraid to get involved with other world cultures and music and put themselves right in the middle of a different culture and try to absorb it and blend—socially and musically." 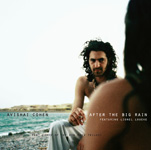 One such amalgamation is After the Big Rain (2007), the final installment in an epic compositional trilogy from Avishai Cohen. He pairs his trumpet with Lionel Loueke's sonically pure vocals and African guitar to impart a new beginning to a freshly cleansed world. A very strong musical program is presented by his worldly quintet that also includes Lindner, Avital and Freedman. Avital's bass playing is stunning and his presence on many Anzic releases solidifies their sound and helps give the label an overall gestalt. He, Avishai Cohen and Freedman are joined by pianist/vocalist Yonatan Avishai to form Third World Love. Their forthcoming release, entitled New Blues, presents a quartet that features pensive melodies and propulsive rhythms amongst Middle-Eastern modes, jazz and inspired musicianship for a session that is as lovely as it is fiery.

Vientos (2007) is Spanish for winds and keyboardist Manuel Valera's quartet that includes saxophonist Joel Frahm, bassist James Genus and drummer Ernesto Simpson meets an exceptional winds quintet—Anat Cohen on clarinet, Aaron Heick on oboe and English horn, flutist Anne Drummond, bass clarinetist Charles Pillow and bassoonist Michael Rabinowitz—that adds a depth to these compositions seldom heard anywhere in jazz. The strength of originals that weave hints of Latin and classical into a heavy jazz framework keep this meeting from being anything but contrived.

With We Used to Dance (2007), Frahm, a rich tenor player in his own right, has put together the perfect quartet to pay tribute to everyone's tenor tonal deity, Stan Getz. He discussed his feelings on Getz and on playing with Getz' rhythm section: pianist Kenny Barron, bassist Rufus Reid and drummer Victor Lewis. "Playing with the aforementioned trio was a special treat...I knew from those records what kind of feel I could expect. The two things I did in order to make sure I didn't turn the record into a slavish Stan Getz tribute were writing my own tunes for a majority of the record and then just taking a deep breath at the session and truly playing the way I play." The result is a wonderfully contemporary tribute to a true giant. 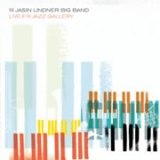 Rounding out the Anzic catalogue are two beautiful double CD releases that feature labelmates in big band formats. Live at the Jazz Standard (2007) showcases Jason Linder's Big Band. Many Anzic artists honed their chops at Smalls and Lindner's big band emerged out of that heady '90s scene with a weekly engagement at that very fertile Village jazz proving ground. The Waverly 7's Yo! Bobby (2007), a tribute to the music of vocalist Bobby Darin, is in many ways the ultimate Anzic experience. In an ensemble composed of all the Anzic artists plus Scott Robinson on baritone sax and guitarist Vic Juris, songs sung by Darin are given the Anzic treatment of youthful exuberance, eclecticism and creativity combined with technical excellence. Anat Cohen sums up that experience perfectly when she says, "Anzic gives musicians the freedom to be who they are. I love it. All these influences...they are all part of my path as a musician and all styles I have heard or played along the way. I think everything I hear becomes part of my musical world and at one point or another it will come out in my music—and my writing or my improvisation." She, the other Anzic artists and jazz fans everywhere are fortunate to have a vehicle like Anzic to make such music available.