An American in Paradise: The sense of Belonging of Andy Narell 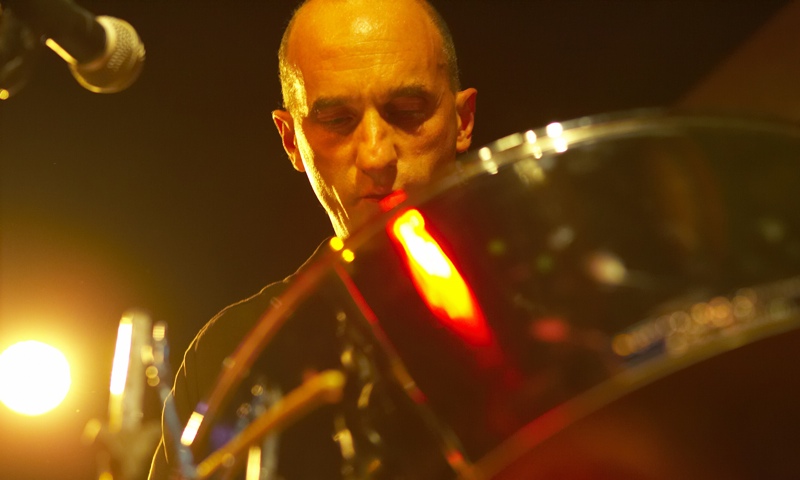 BY NIGEL CAMPBELL
November 22, 2013
Sign in to view read count

Andy Narell belongs to a pantheon of expatriate creatives who "belong" here in Trinidad and at the same time are aware of their difficulty of so belonging.

American pannist (steel pan soloist) and composer Andy Narell is an iconoclast who fearlessly challenges the narrow definitions of acceptable pan music. He is global, and his usefulness as an ambassador for Trinidad and Tobago's national instrument is tainted by suspicion long held by panmen (steel pan players) and the steel pan fraternity in general here. It may be an attitude of his own making. Long held beliefs are hard to dispel with logic. Pan pioneer Rudolf "Fish Eye" Ollivierre welcomed itinerant writer Patrick Leigh Fermor back in 1950 to Hell Yard, as described in his travel book The Traveller's Tree—"The ease of his manner was admirable"—implying a sense of awe and acceptance we have nurtured over the years in this region for "tourists." Narell has long ago stopped being a tourist. The cri de coeur of a Trinidad- resident critic sums up the native posture towards Narell:

He is one of us and thus, prone to the same criticisms and praise as the rest of us. He is critical of our music, our Panorama (major steel pan competition) and we react without obsequiousness. And rightly so, for that is the Caribbean posture, effectively practised by the panman forever; never back down from a challenge.

Andy Narell belongs to a pantheon of expatriate creatives who "belong" here in Trinidad and at the same time are aware of their difficulty of so belonging. Important regional authors were temporary immigrants to these shores in the mid- 20th century—Edgar Mittelholzer in 1941-48, George Lamming in 1946- 50, Derek Walcott in 1959-76—and their presence and experiences added to the canon of great West Indian literature. Trinidad's capital, Port of Spain, and by extension, the island is a place frequented by those wanderers in search of inspiration and succour. It still is a moving place designed to shape memory and ways of feeling.

George Gershwin's symphonic tone poem, An American in Paris is the impression of a visitor— probably Gershwin himself recounting an earlier visit—moving through the city of lights. Andy Narell is an ideal template of An American in Paradise! The idea of an expatriate musician in a foreign land and his potential influence on the music industry formed a question in the writer's head: "would an American in Trinidad energise a jazz (pan jazz?) renaissance in Trinidad, or would it foster competitive jealousy?" The answer could be gleaned from the Narell narrative.

Narell's initial visit was as a 12 year old child to perform at the 1966 Trinidad Music Festival. That life-changing experience introduced him to the panyards and the pioneers, especially Ellie Mannette, and served as the education of this lifelong student of the steel pan and the steelband movement. His annual pilgrimage to the source has been unceasing since 1985. His encyclopaedic knowledge of panmen, the music and the environment of pan suggests that he has done his work, and his global journeys in the service of spreading the sound of pan and his music are not matched by many.

Trinidad-born Nobel laureate in literature, VS Naipaul posits poetically in A Writer's People: "small places with simple economies bred small people with simple destinies." Narell, the American, sees the world differently. He recounted that when he first did a concert in Trinidad in 1985, it was billed as a shoot-out, a competition. The promoters thought that would pique interest. The implication of race and nationality was an unspoken catalyst. That idea was whispered loudly!

The apprehension by Trinidad and Tobago to fully adopt this ambassador of steel pan jazz has been noticeably clear. French film maker Laurent Lichtenstein, in his portrait of Narell filmed in Trinidad in 2009, Andy and the Jumbies, asserts that his presence and concert "may help him to be accepted as a real Trinidadian." Narell himself has noted to writer Asha Brodie in 2007 that he wasn't everybody's cup of tea: "I guess I also have a reputation for being 'avant-garde' and for not caring about who wins [Panorama], which is why my phone isn't ringing." That isolation could either be the result of xenophobia or artificial rage. "Small people with simple destinies."

His presence has not swayed the minds of dyed-in-the-wool traditionalists. The years-long struggle for the privilege to compose for Panorama was an exercise in the fleshing out of de facto prejudices that disallowed foreigners from composing or even arranging for the competition, much less a tune without lyrics. Triumphant in 1999 in breaching the divide, Narell was once again in Trinidad arranging his composition "The Last Word" for Birdsong Steel Orchestra for the 2013 Panorama competition. This is his third competition, and controversial to the end, judges and commentators noted that the tune doesn't "reflect Trinidad's energy or language!" Champion steelband Despers' arranger Beverley Griffith noted in a conversation with ethnomusicologist Shannon Dudley: "Excitement is one of the key things in today's Panorama; you hear that on every judge's score sheet: 'It could do with a little more excitement.' They wouldn't tell you exactly what it is..." De facto prejudices and de jure standards are continuing challenges to Narell.

A narrow focus on ensemble music for pan can limit the Trinidadian's need to accommodate him. He is more than an arranger. It is not without trying that he succeeded to place the instrument in the context of global music industry via prolific recorded output, sales and performances. According to his bio:

He's one of only a small handful of steel pan players in the world who are playing jazz, and perhaps the only one among that coterie to commit an entire career "live and in the studio" to creating new music for the pan in that context.

The intersection of location and presence can yield surprising results on music output. Narell was categorized by the music industry in the US—sheet music publishers and reviewers of his initial Heads Up recordings—as a Latin Jazz artist, even if not so self-described, thus negating the growing influence that the music of the Caribbean isles had on his growing canon of music. His effortless movement and adaptation of Latin American melodies and rhythms including his work with Caribbean Jazz Project and on the album Behind The Bridge in the mid-to- late 1990s signalled new directions in music.

In 1999, he reaped the benefit of post-apartheid South Africa's adulation of him and his music at the Arts Alive Festival, with 60,000 fans "singing" his lyric-less steel pan melodies. The juxtaposition of an Afro-Caribbean bred instrument in Africa led to recordings there. Later relocation to Paris and meeting with exiled French-Antillean jazzmen there led to the formation of Sakesho and the resultant two CDs. The corpus of Trinidadian steel pan music allows space for this maverick.

Narell, the frequent visitor—in 2013, he performed at the annual Jazz Artists on the Greens in Trinidad in March, Jazz in the South in St Lucia in May, and St Kitts Music Festival in June—if not the fortunate traveller has created music that to the local ear resonates with the sound and energy of calypso and the harmonic and melodic sentiments of the Panorama compositions of calypso legend Lord Kitchener, and steel pan players/arrangers Ray Holman, Len "Boogsie" Sharpe, Robert Greenidge, among others. This town—Port of Spain, paradise—has rubbed off on him. He belongs to Trinidad.