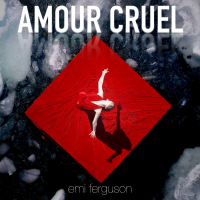 Crossing musical borders is a risky business. Our culture loves certainty; the marketplace prefers easily distinguishable, homogenous categories. Whereas contemporary visual artists, at least since Rauschenberg, receive critical praise (and financial reward) for combining styles and materials previously thought to be discrete, contemporary musicians who cross boundaries put their reputations, and sometimes their careers, on the line. This is especially true of the musician who comes from the classical tradition and crosses over into pop, rock or jazz.

But boundary-hopping between the classical and pop genres does have a history. In the early 1960's, producer Phil Spector, followed by Brian Wilson of The Beach Boys, created innovative hit pop records using elements of classical orchestration and instrumentation like timpani, French horn and the harpsichord. Then in 1965, Rubber Soul was released. The album, made by The Beatles and produced by George Martin, was a sonic breakthrough—the most successful fusion of pop and symphonic sounds to date. Think of the Bach- influenced harpsichord sound on "A Day In The Life" (actually piano played by Martin and recorded with the tape running at half speed, which sounded twice as fast and an octave higher when played back at normal speed). Whether accidental or intentional, a new musical genre dubbed "Baroque Pop" was begat, and an explosion of related music followed, from the sublime (Brian Wilson's 1966 masterpiece, Pet Sounds) to the ridiculous (harpsichordist Jeremy Rifkin's late 1965 novelty album, The Beatles Baroque Book, a brilliant "song-cycle" send-up in the hilarious vein of Peter Schickele's P.D.Q. Bach). Baroque Pop faded in the era of Disco, Punk and New Wave but, thanks to the recent success of bands like Arcade Fire, The Decemberists, and Vampire Weekend, and solo acts like Lana Del Rey and Andrew Bird, the genre has seen renewed vitality.

Which brings us to Emi Ferguson, a Juilliard-trained flautist, composer, and performer with a body of progressive work that unites different musical styles, genres and even centuries. Rather than striving to brand her talents through a settled promotable persona, as is the norm for classically-trained musicians, Ferguson's approach seems to be ever-evolving and her musical projects are of a thoughtful quality and imagination that encourage musical dialogue.

Her newest project is Amour Cruel, eleven songs all in some way derived from French court music of the 16th, 17th, and 18th centuries. The album, set for mid-September release, fuses new and (very) old styles and instruments to an effect that goes beyond genre -it's an entirely unique listening experience that redefines the idea of Baroque Pop.

For the project, Ferguson brought together some of the best young early musicians around, true virtuosi on their instruments, along with contemporary recording techniques and aesthetics to imagine how it might sound if Louis XIV were holding court today and Beyonce, Lorde, or Sufjan Stevens were his court musicians.

So, with all that being said up front, what's the music like?

"Imagine if Lana Del Rey and Andrew Bird had a baby," she laughs. "And the baby grew up and studied with Hans Zimmer."

The songs tell the story of love-gone-bad, a theme of timeless relevance. In their modern versions, with all the lush vocals sung in French and English by Ferguson, the songs abandon their pastoral origins and take on a dark, otherworldly feel—twisted musical tales that feel like they could come from the Brothers Grimm, and almost beg to be expressed visually.

But how does one even discover the very niche world of the airs de cours that inspired the album? "Curiosity," she says, "Too much curiosity!"

She says she's always been hungry to explore beyond the traditional boundaries of what is expected from musicians. As a teenager she split her time between playing in orchestras and funk fusion bands. Later, she dove into the worlds of contemporary and early music performance. "I got to work with so many incredible people at Juilliard," she recalls, "I got to work with Bill Christie, who introduced me to the world of the French Baroque."

Christie and his Les Arts Florissants vocal and instrumental ensemble have been leading proponents of French Baroque Opera—pioneering works that hadn't been staged for centuries and re-creating them for performance today as accurately as possible. Ferguson worked with Christie in New York and at Christie's home in France. "It was through Bill and the players of Les Arts Florissants that I really learned how to play in the French Baroque style."

The concepts that went into Amour had been gestating for some years before Ferguson turned them into anything concrete. Elements of pop can be heard in her earlier compositions, but it wasn't until she started work on Amour Cruel that she would create a studio album that fused together elements of different musical styles she loved. "I had so much fun creating this album and I'm excited to share a different side of me. Of course I'm a little nervous—it's scary, but also exciting to put yourself out there in such a vulnerable way."

This kind of vulnerability is new for her. Ferguson wrote the music, did all the arrangements, played the flutes, and—also a first—sang all of the vocals on the album. "I've always loved to sing, and there's something thrilling about getting to share such a personal part of yourself with an audience."

For some artists, performing traditional music in such a new and different way might be surprising. For Ferguson though, it is really the continuation of an ongoing discussion—at least since a TEDx talk she gave in 2013 about the misconception that strict musical genres and strict performers dedicated to one type of music are staples of the musical tradition. Rather, Ferguson argues that adherence to such constraints is more of a modern notion: boundary-hopping is older than we think. On Amour Cruel, she continues to draw parallels and make connections between the music of different eras and genres.

"I absolutely love this music and want to share it with as many people as possible. I think these arrangements can really resonate with many people who might not necessarily listen to classical music, let alone relatively obscure early French Baroque songs. One of my biggest hopes as a musician is to show that the lines we draw between genres are entirely of our own creation and largely a 20th and 21st century concept. I think this approach can break down some of the mental barriers we have established."

She believes "people are hungry for experiences that have meaning, a story, and substance. In the food industry, we've seen the slow-food and farm-to-table movement place value on understanding what we eat -a change in food marketing from the processed fads of the 90's and early 00's. I think there are people who similarly crave a musical experience that isn't just 'a quick fix,' but one that allows them to discover a rich, multi-faceted, and layered musical world. That was one of my goals."

The songs on the album are a mixture of English translations and original and pre-18th century French—the poetry all telling of tragic, unrequited, and lost love, often drawing reference to antiquity. Ferguson talks about the influence of the Renaissance, of groups like the Florentine Camerata who are credited with the creation of opera, striving for the artistic ideals they thought were present in the golden age of antiquity. She adds: "Just like Woody Allen did in Midnight in Paris, Renaissance artists then idealized the past, often reimagining what they thought things were like in a contemporary context. This project does just that—deconstructing and rebuilding songs of the past and turning them into works that resonate with today's audience. My instrumentation and orchestration pay homage to the original songs, and to the antiquity that the original composers were striving to recreate." Her take on a "Greek chorus" is represented with layered vocals and baroque flutes and the core ensemble is comprised of a true French continuo section—theorbo, lutes, guitars, and bass. Percussion adds structure to some songs and viola da gamba adds unique string textures.

"I was lucky to be able to bring this team together, people I respect so much," she says. Many hours were spent in the studio with the album's co-producer, sound artist Patrick McMinn, and the work rewards listeners with an album of rich, pristine sounds that will delight the most demanding audiophile.

This emotion-packed song-cycle will appeal to fans of all musical genres—rich sounds pair instruments that would have been familiar to an 18th century audience with a modern pop-rock aesthetic. From Ferguson's haunting Baroque flute, to the depth and range of the theorbo and viola da gamba, alongside the groove of a modern drum set, this is Baroque Pop unlike anything that's been done before.

In addition to Ferguson, who plays all flutes and sings lead and background vocals, the musicians on Amour Cruel include Jordan Dodson, classical and electric guitars; Paul Morton, theorbo, Baroque guitar, and lute; Doug Balliett, baroque bass, electric bass, and viola da gamba, and Samuel Budish, percussion. Recorded at the Bunker Studio by Todd Carder and James Krivchenia and at Staplechest Audio by Chris Botta, Amour Cruel was produced, edited and mixed by Ferguson and Patrick McMinn. Production included mastering by Emily Lazar at the Lodge, assisted by Chris Allgood, and percussion produced by studio assistant Greg LaRosa.